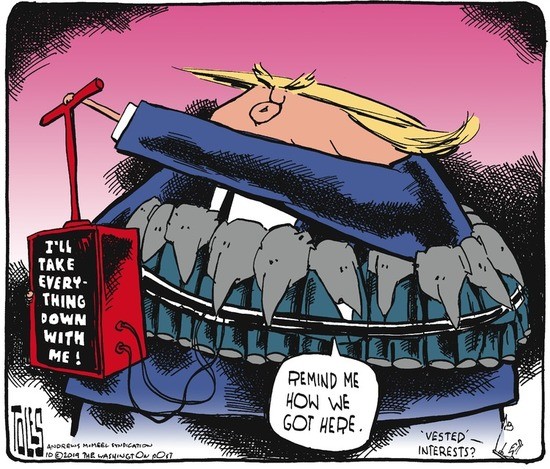 If the previous guy doesn’t run, the 2024 POTUS field seems “wide-open” with dark horses, stalking horses, mudders, and nags. With a seven figure advance, the Pence memoir is going to need a lot of bulk purchasers. And we know how reliable John Bolton’s thinking has been.

The poll, released on Tuesday morning, showed Trump’s “very favorable” numbers among Republican voters dropped 19 points since a separate poll from a different pollster taken in October 2020. It also showed that 56 percent of self-identified Republican primary voters would support a candidate other than Trump in the 2024 primary.

Bolton said his motivation for conducting the survey was to show that the Republican Party, contrary to what “the commentariat and among some politicians” say, had “not become a cult of personality.”

Mike Pompeo is visiting states that will be pivotal in 2024, and signed a contract with Fox News Channel. Mike Pence finalized a book deal and will speak in South Carolina. Ron DeSantis has been courting donors. https://t.co/03kO8PPjPq

Driving the news: While Christie isn't saying anything publicly about his thinking — besides telling radio host Hugh Hewitt he's not ruling it out — people close to him have an early sense of the rationale and outlines of a potential candidacy.

The big picture: Absent another run by former President Trump, the field would be wide open.

🚨 SCOOP: Chris Christie is seriously considering running for president in 2024.

He's told friends he'd be the only person in the 2024 field with executive experience who has run a presidential race before — a clear shot at Gov. Ron DeSantis. https://t.co/CA9HdnP8KE

As I said to Brian Williams on @11thHour last night, the 2024 GOP nomination fight between Donald Trump and Liz Cheney is going to be lit.

As Senate Republicans will vote this week on if they will participate in the renewal of earmarks, 15 senators sign a letter to their GOP colleagues encouraging their continued ban. (Many potential 2024 candidates signed on) pic.twitter.com/5J0Te4JS1S

this paint is now a frontrunner for the gop 2024 nomination https://t.co/4MSferupci

(32700)
$348.00 (as of May 15, 2022 23:06 GMT -04:00 - More infoProduct prices and availability are accurate as of the date/time indicated and are subject to change. Any price and availability information displayed on [relevant Amazon Site(s), as applicable] at the time of purchase will apply to the purchase of this product.)