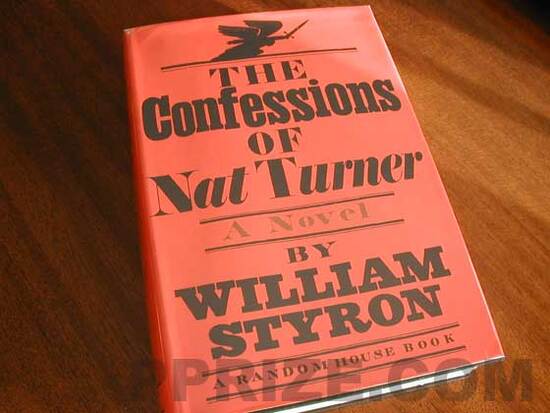 A new book suggests now the necessity of reexamining the historical materialist project of Walter Benjamin recognizing those moments of historical contact as acts of recognizing the constructed historical object. “Historicism tends to be hermeneutic because it values cautious, rigorous, and contextualized interpretation of information; or relativist, because it rejects notions of universal, fundamental and immutable interpretations.[3]”

Here’s an example of history understood as counterfactual conjecture of “fiction” and “non-fiction”. We are very much past the Foucauldian position on biopolitics and the carceral body, even as there is both spectacle and bodily consumption as interpretive contestants for the lessons of lynchings. This is about the pre-modern barbarism inherent in American capitalism’s cannibalism events, beyond necessary survival.

The novel is based on an extant document, the “confession” of Turner to the white lawyer Thomas Ruffin Gray.[1] In the historical confessions, Turner claims to have been divinely inspired, charged with a mission from God to lead a slave uprising and destroy the white race.

Despite defenses by notable African-American authors Ralph Ellison and James Baldwin, the novel was criticised by some black Americans. Styron’s portrayal of a legendary black resistance leader as a reluctant warrior who bumbles every attack and fumbles his way to total defeat generated enormous resentment.
Despite protests against the novel, Styron’s work won critical acclaim and the Pulitzer Prize for Fiction in 1968. www.pprize.com/…

Chris Tomlins is Elizabeth Josselyn Boalt Professor of Law, UC Berkeley; his book is In the Matter of Nat Turner: A Speculative History. (Princeton University Press, 2020). He does a speculative history of Nat Turner in order to further engage the historical text of Nat Turner, allowing us to ask further questions about slave rebellions from Turner’s in 1831 to John Brown’s actions prior to the Civil War.

While not within Tomlins’s remit, a lingering semiotic question could be the fate of the purse made from his skin as a matter of commodity fetishism. Phrenological research in the 19th Century led to some deeply racist junk science, but didn’t stop the continued collection of remains as was the academic trend in 19th Century scientific study, however veering into eugenic science.

A study undertaken by Pier Giorgio Righetti at the Politecnico di Milano in Italy during Damien Hirst’s 2012 exhibition at Tate Modern in London, and published in April in Analytical Methods, a journal put out by the Royal Society of Chemistry, revealed that the levels of the carcinogenic chemical around the cases were at five parts per million, which is ten times higher than the recommended limit, as reported by Agence France-Presse (AFP). news.artnet.com/…

In the United States, Nat Turner, leader of a rebellion against slavery in Virginia, was hanged on November 11, 1831. His body was then flayed, his skin being used to make purses as souvenirs.

Read my column, “Lessons From Lynchings,” and let me know what you think… https://t.co/OcRzwR1l8C

Shortly after his death, wild rumors circulated about Nat Turner’s remains. The truthfulness of these rumors is very much in doubt.

“This purse…was unique in that it was divided into sections of different colored skin, one of which came from a black person…The purse had been passed down through the male heirs in his family…”

In 2017, Daina Berry published the book The Price for their Pound of Flesh: The Value of the Enslaved, from Womb to Grave, in the Building of a Nation. In The Price for their Pound of Flesh, Berry studies the economic history of slavery in the United States, examining how a price was assigned to the bodies of enslaved people in America from before they were born until after they died.[5] Berry proposes four types of value that an enslaved person could hold: their assessed value, as determined by others for the purposes of accounting and sale; their market value, which was a function of local demand; their soul value, derived from inherent spiritual self-worth and reinforced by familial and communal connections; and their ghost value, evaluated by body brokers who engaged in the sale of human cadavers.[6] Through this categorisation scheme, Berry is able to produce an economic history which is not completely centered around the market. Rather, by including the inherent self-value that many enslaved people held through the idea of soul value, Berry also produces an intellectual history of the thoughts, emotions, and ideas of enslaved people when considering their own value.[7][8] Berry’s focus on the factors that produced assigned value, as well as the value of unborn slaves, also makes a contribution to the historical literature on the violent role of gender and reproduction in the systems of American slavery.[8]

A disturbing but important read: Nat Turner’s Skull and My Student’s Purse of Skin https://t.co/sXIab5d9Yb pic.twitter.com/Gcq5lcN1vQ

Local physicians took possession of Turner’s skull after his execution, and it was most likely studied at medical schools in Virginia, and as far north as Ohio and perhaps Indiana.

The Delectable Negro: Human Consumption and Homoeroticism within U.S. Slave Culture is a 2014 book by Vincent Woodard. The book explores the homoeroticism of both literal and figurative acts of human cannibalism that occurred during slavery in the United States.

Woodard examines the sexual nature of documented instances of flesh-eating, and details the various manners of consumption whereby black Americans were metaphorically or actually eaten. In the book, Woodard defines consumption as a range of parasitic practices, including institutionalized hunger, seasoning rituals, and sexual modes of consumption.

The final chapters of The Delectable Negro trace the notions of consumption to the modern era. Woodard approaches the historical figure of Nat Turner, whose flesh was rendered into “medicinal” grease,[1] through William Styron‘s fictionalized 1967 novel The Confessions of Nat Turner. Woodard addresses black intellectual critiques of the book and James Baldwin‘s defense of it.[6] He links the heteronormativity and anxiety around homoeroticism evident within 1960s black radical movements to the legacy of the rape of black men during slavery.[1][2]
en.wikipedia.org/…

In 2002, Mr. Hatcher, the former mayor, who had been attempting to found a civil rights museum, received the skull from activists who had gotten it from a family of physicians who had owned it for three generations. Filmmakers who had made a documentary about Nat Turner later connected him to Shanna Batten Aguirre and Shelly Lucas Wood, Turner’s descendants.

We will never know all of the deceased who experienced such “post-mortem consumption,” as I call it. But the phenomenon continues today, even in the form of images of black death that do not involve dismemberment. What else to call the photo of Trayvon Martin’s body that George Zimmerman retweeted after shooting him? Twitter took it down, knowing it was an act of utter disrespect, but not before it had been shared many times.

Such consumption is part of American history. If I can teach a class and have one student with a relic in his family’s possession, I know there are others. Will you not come forward and admit to collecting ghostly relics of the past? I recognize that, at one point, these “trophies” served as evidence that justice had been served, but now it’s time to bring justice to those who were desecrated. Returning these body parts to descendants, or at least granting them a respectful burial, will help our nation heal from the sin of slavery and its ugly afterlife.

Philosopher Maurice Merleau-Ponty emphasized the body as the primary site of knowing the world, a corrective to the long philosophical tradition of placing consciousness as the source of knowledge, and that the body and that which it perceived could not be disentangled from each other.

As a form of reification, commodity fetishism perceives economic value as something that arises from and resides within the commodity goods themselves, and not from the series of interpersonal relations that produce the commodity and evolve its value.[1][2]

Hence did Karl Marx apply the concepts of fetish and fetishism, derived from economic and ethnologic studies, to the development of the theory of commodity fetishism, wherein an economic abstraction (value) is psychologically transformed (reified) into an object, which people choose to believe has an intrinsic value, in and of itself.[18]

Historicism is the idea of attributing significance to elements of space and time, such as historical period, geographical place, and local culture, in order to contextualize theories, narratives and other interpretative instruments. en.wikipedia.org/…

Trayvon Benjamin Martin (February 5, 1995 – February 26, 2012) was a 17-year-old African American from Miami Gardens, Florida, who was fatally shot in Sanford, Florida by George Zimmerman, a 28-year-old Hispanic American. Martin had gone with his father on a visit to his father’s fiancée at her townhouse at The Retreat at Twin Lakes in Sanford. On the evening of February 26, Martin was walking back to the fiancée’s house from a nearby convenience store. Zimmerman, a member of the community watch, saw Martin and reported him to the Sanford Police as suspicious. Several minutes later, there was an altercation and Zimmerman fatally shot Martin in the chest.

This exhibition calls into question citizenship, art and design as acts of passive observance by inserting active forces within the viewer, the buyer or the cultural consumer with consequences beyond the gallery walls. Tough Love unloads a series of objects, from clothing to paintings, and traces social burdens that each of us carry. storefrontnews.org/…