Considering the penchant for bored federal tactical teams to practice their snatch and grab techniques with their rental vehicles, it’s a good thing to take down that statue. Chicago will feature at least 200 members of the miscellaneous DHS protection squad this weekend.

BREAKING: Mayor Lori Lightfoot plans to remove the controversial statue of Christopher Columbus in Grant Park as soon as Thursday night, in part to avoid another high-profile confrontation between police and protesters like the one that happened last week https://t.co/nRr2Bb4raZ— Gregory Pratt (@royalpratt) July 24, 2020

The bronze, beaux arts statue shows Columbus standing and gesturing into the distance with one hand. In his other hand, he holds a scrolled map at his side. On the sides of the statue's art deco pedestal are carved depictions of: one of Columbus' ships, the Santa Maria; astronomer and mathematician, Paolo Toscanelli, who plotted the course to the “New World;” the explorer, Amerigo Vespucci; and the seal of the City of Genoa. In the four corners of the pedestal are busts allegorically representing, Faith, Courage, Freedom, and Strength. Despite appearances, Brioschi's son has denied that the figure holding a fasces representing Strength was a portrait of Benito Mussolini.[3]

The statue was vandalized on July 17, 2020 in the ongoing George Floyd protests.[4]

Public defenders, attorneys and activists in Chicago are warning that the influx of federal officers are coming to hunt their neighbors, not protect them.”https://t.co/fYfLfdCBQS— Kevin (@GtrTaz) July 23, 2020

The surge has come home.

Using language borrowed from the wars in Iraq and Afghanistan, President Trump on Wednesday unveiled an open-ended deployment of Justice Department, FBI, and Homeland Security officers to Chicago—a place whites have often described in euphemistic and racist terms—and, to a lesser extent, Albuquerque.

The way Trump and his officials described the coming operation built on the “American carnage” theme of Trump’s inaugural address, even as Barr recognized a current spike in violent crime is nowhere near the highs seen in the early 1990s. Sounding as if they were describing an urban counterinsurgency in America, they said federal law enforcement would aid local police—whom they repeatedly hailed as “heroes”—in taking back American streets from enemies as varied as violent criminals and what Trump called “the lawlessness pushed by the radical left.”

Protesters just noticed that a camera was installed to watch the intersection of Wrightwood and Kimbal. They waved and flipped it off and a few folks are looking for a laster to point at the camera with. #Chicago #ChicagoProtests pic.twitter.com/HESJrHFDOq

Folks at Wrightwood and Kimbal begin celebrating after they received news that the Lightfoot plans to remove the Christopher Columbus Statue in Chicago. #Chicago #ChicagoProtests pic.twitter.com/MttamSWlY8— Tyler LaRiviere (@TylerLaRiviere) July 24, 2020

I'm on the ground at the Columbus statue in Chicago…lots of media here but the word is might not be tonight…no city equipment here yet.

I'm hearing rumors of counter protesters who may arrive to protest the removal of the statue.

ItÃ¢Â€Â™s happening at 11pm! BOTH Christopher Columbus statues are being taken down. Besides the one in Grant Park the one in Arrigo Park in Little Italy. WeÃ¢Â€Â™ll discuss @MorningAnswer @DanProft @nbcchicago @ABC7Chicago @fox32news

Nice to see Trump finally taking on the Covid 19 pandemic. At his briefing, he brought in the great epidemiologist Mariano Rivera. 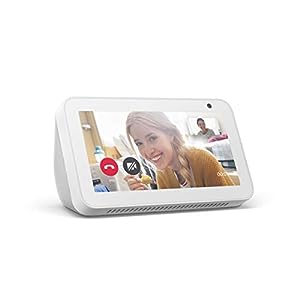