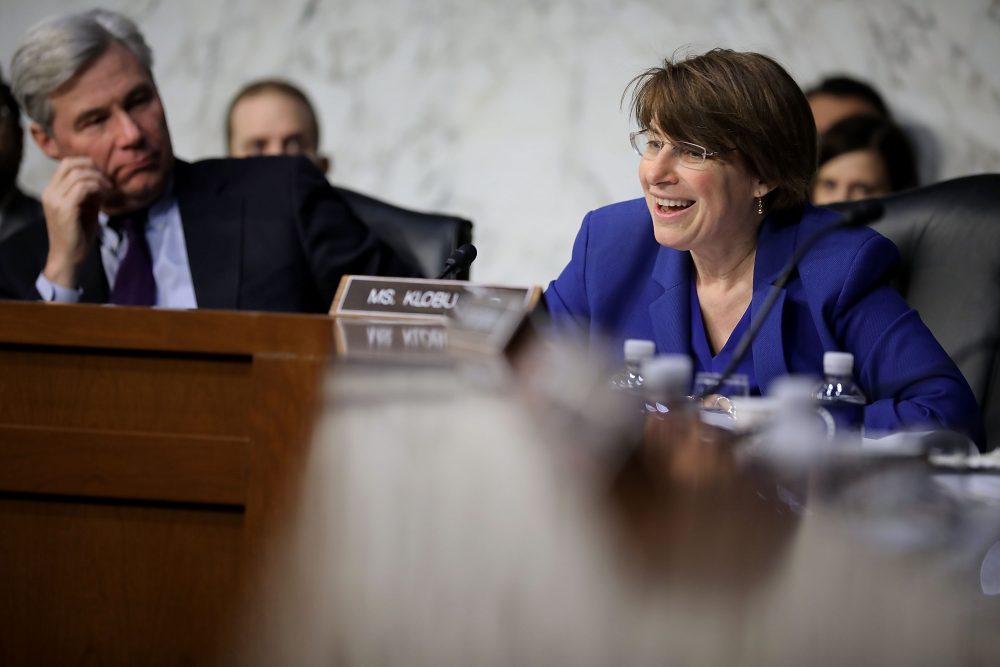 “Sen. Amy Klobuchar (D-Minn.) released evidence on Tuesday that the Justice Department buried the whistleblower complaint about President Donald Trump’s call with the Ukrainian president by failing to refer the matter to the Federal Election Commission (FEC). Klobuchar suggested the Justice Department violated a longstanding agreement between the agencies to share information about possible campaign finance violations for potential enforcement action.

To recap: The whistleblower complaint at the heart of the impeachment inquiry didn’t just contain evidence that the president pressured a foreign government to help him win reelection. It also contained evidence of a potential campaign finance violation. When President Trump asked for dirt on his political opponent, he likely illegally solicited a “thing of value” from a foreign national.

In August, Justice Department officials decided that rather than turn the whistleblower complaint over to Congress, department lawyers would assess the allegations against Trump, including evidence that the president had broken campaign finance law. After what news reports described as a cursory review, the department declined to launch a criminal investigation, finding that Trump had not asked for a “thing of value.” This was a stretch; campaign finance experts generally agree that opposition research damaging to an opponent, which campaigns can pay a lot of money for, is clearly valuable. The FEC also considers it a “thing of value.” Nevertheless, the department lawyers declared the matter case closed.”

“On October 18, the commission’s Democratic chair, Ellen Weintraub, confirmed to Klobuchar that the FEC had not been notified. “The refusal to inform the FEC and refer the matter regarding the President’s call to the FEC as required to do, as the Justice Department is required, undermines our campaign finance system and is unacceptable in a democracy,” Klobuchar said in Tuesday statement.”

And they probably outsmarted themselves:

Poetic justice: By declining to investigate as a crime what Taylor is now reporting, Barr thought he was protecting his boss. In fact, he gave up the chance to say Congress can’t look into this stuff because DOJ is doing so! If he had half a brain, Trump would be pissed!