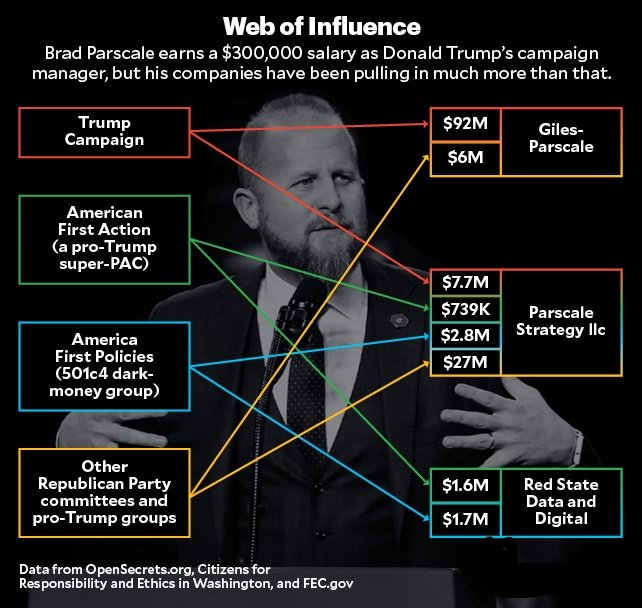 It must be the bubble-living swamp rats who will determine the badge of honor for Trump, a candidate who’s had at least five campaign managers. Then again martyrs usually die.

In a tweet, Parscale argued that Democrats are making his former boss a “martyr,” which only increases his chances of winning again in 2024.

“If Trump asked me how to win again. I would run on being impeached twice. They are about to give him super powers. They just aren’t smart enough to see it.”

In a third tweet, Parscale reasserted that impeachment will only make his former boss stronger and increase his chances of winning back the White House in four years.

You got fired though, right?

You don’t get it. He wasn’t messing it up, he was breaking it down. DC is a swamp. You only get bitten if you take their power.

It isn’t if you get knocked down (which I know), it is if you have the guts to run back in again and keep fighting.

I am still here and not leaving. https://t.co/S1JrSxRVAd

Documents seen by BuzzFeed News show that Parler offered Trump 40% of the company if he posted exclusively to the platform.

The deal was never finalized.

Trump’s mishandling of the coronavirus, which Fabrizio, former campaign manager Parscale and others urged him to treat more seriously earlier, cost him greatly. By October, vast majority of late-breaking voters went for Biden. https://t.co/oknmVYeJMc

Retweet if you will never forget the traitors who tried to overthrow our government one month ago. #NeverForgetJanuary6th pic.twitter.com/oVpFich3MP

(22197)
$179.00 (as of May 17, 2022 07:47 GMT -04:00 - More infoProduct prices and availability are accurate as of the date/time indicated and are subject to change. Any price and availability information displayed on [relevant Amazon Site(s), as applicable] at the time of purchase will apply to the purchase of this product.)