Wear a Hawai'ian shirt, go to jail…Tulsa did have in attendance the anti-government gun-toting version of Proud Boys called Boogaloo Bois. Fortunately they chickened out on a mission to foment conflict for a second Civil War.

Fortunately, the fashion police and the National Guard were present in Tulsa, and monitoring the Boogaloos’ paramilitary cosplay activity. Doubtless future Trump rallies will feature their antics and weapons.

“In May and June 2020, Facebook acted to limit the movement's activities and visibility across its social media platforms.[19][20]”

Things have de-escalated quite a bit where I am, but I noticed at least one more member of the Ã¢Â€ÂœOklahoma Contingent ShieldÃ¢Â€Â militia still roaming around. I spoke to him about what he sees as his role out here. pic.twitter.com/PP06xt0Zzs

#TrumpRallyTulsa
Trump reiterated that my people wonÃ¢Â€Â™t be as easy on the protester as all the democratic controlled states. They better behave in Tulsa.  Then made reference to his German ancestry –
Calling all Proud Boys, KKK, Boogaloo, & cops for Trump. https://t.co/j7OwFGdB40

MSNBC is reporting one of the gates to the rally has been closed due to BLM protesters and the National Guard is trying to push the crowd back. They also are reporting armed individuals in Hawaiian shirts are gathering near the gate. pic.twitter.com/Mc1TabtVCH

President Trump is threatening peaceful protestors standing up for justice.

According to the non-profit Network Contagion Research Institute (NCRI), groups belonging to the boogaloo movement organize on mainstream online platforms including Facebook, Instagram, Twitter, and Reddit, as well as on more obscure platforms such as 4chan.[1][22]

The Trump administration is warning law enforcement and public safety officials that a far-right extremist movement known as “boogaloo” may be setting its sights on the nation’s capital.

On Monday, the National Capital Region Threat Intelligence Consortium (NTIC), a fusion center for Washington, D.C. that provides support to federal national security and law enforcement agencies, warned in an intelligence assessment that “the District is likely an attractive target for violent adherents of the boogaloo ideology due to the significant presence of US law enforcement entities, and the wide range of First Amendment-Protected events hosted here.”

The assessment, dated June 15 and obtained by Politico, reported that “recent events indicate violent adherents of the boogaloo ideology likely reside in the National Capital Region, and others may be willing to travel far distances to incite civil unrest or conduct violence encouraged in online forums associated with the movement.”

(110652)
$19.83 $14.35
A senior DHS official forwarded the assessment to security stakeholders on Friday, noting that “while it identifies Washington D.C. as an attractive target, the boogaloo ideology is not restricted to a specific region and those who wish to cause division are routinely using peaceful protests as means of cover. Heading into a weekend of more planned protests, we believe this information to be useful to all of our membership.”

The assessment is striking given public emphasis Trump and Barr have placed on alleged violence carried out by antifa, while refusing to specifically identify far-right groups like boogaloo that have been charged in recent weeks for acts ranging from felony murder to terrorism.— Natasha Bertrand (@NatashaBertrand) June 19, 2020

But there are various facets to the loosely organized group: One generally stems from its original ties to neo-Nazis and white supremacists, while a newer facet is libertarian.

“There's a lot of overlap and the boundary is blurry because they both evolved together,” said Alex Newhouse, digital research lead at Middlebury Institute's Center on Terrorism, Extremism, and Counterterrorism. “It is very difficult to know if the 'boogaloo boi' you see standing in the middle of the street at a protest is there in solidarity or to incite violence.” 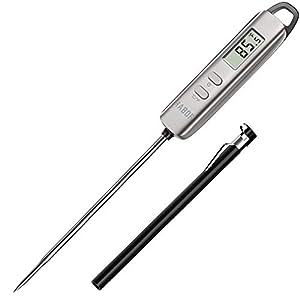