The urgency to end the Trumpian counter-revolution in one term must GOTV with the strongest party unity.

Adam Serwer’s article in The Atlantic is worth your time to summarize the issues that lead to the noisy disrespect for one or another side in the waning days of the Democratic primary.

#BlueNoMatterWho needs to be as authentic as possible.

Democratic voters appear to have settled on Biden. This means that the Democratic Party’s likely standard-bearer will be a man who has played a supporting role in every catastrophic mistake the party has made for the past half century.

The left’s theory of politics fell apart in the Democratic primary, but its policy critique of the Obama era has real merit and the centrist wing of the party should not dismiss it. https://t.co/2Ah7pubCot

The left-wing critique of the Obama years goes something like this: Swept into office with an immense popular mandate after President George W. Bush crashed the American economy, President Barack Obama pursued half measures that led to a slow, brutal recovery, setting the stage for the rise of Donald Trump.

To follow the logic of this critique, the next Democratic president would have to be someone willing to pursue broad reforms to the economy and health care, someone like Senator Bernie Sanders of Vermont, or Elizabeth Warren of Massachusetts. Sanders’s unexpectedly strong showing against Obama’s heir apparent, Hillary Clinton, in the 2016 Democratic primary, and Clinton’s subsequent defeat in the general election, was taken as proof that Americans were fed up with the failures of neoliberalism.

Given the strength of this left-wing policy critique, and the affection for Sanders’s ideas among Democratic voters, it may seem puzzling that Obama’s vice president, Joe Biden, now looks poised to secure the nomination. But the caution of the Obama era can be interpreted in two ways. One is the Sanders argument, that wide-reaching changes are necessary, and nothing less is acceptable. The other is that in a country where Obama’s moderate approach sparked a furious counterrevolution that threatens the foundations of the republic, the guy who is promising wealthy Democrats that “nothing will fundamentally change” might be a safer bet to make Trump a one-term president.

For the left, though, the 2020 Democratic primary was an opportunity to test its theory of politics. Sanders emerged as a strong early contender, promising a political revolution, a wave of new young and working-class voters, and a universal health-care system. Warren entered the 2020 race promising a similarly sweeping set of reforms, but struggled to win converts from the Sanders camp, was dismissed as too far left by the party’s moderate wing, and faced the proxy sexism of some primary voters assuming a woman was unelectable. Ultimately Joe Biden emerged as Sanders’s main rival, running on a liberal but not leftist platform, vowing a restoration of the pre-Trump era.

The Democratic Party’s culturally and ideologically heterodox composition, and its proportionate-allocation system, means that any one faction will struggle to dominate the others. The coalitional nature of the Democratic Party makes for less ideological discipline, but it also cultivates qualities necessary for multiracial democracy: tolerance, empathy, and the willingness to share power with those who are different from you. Without those qualities, political parties descend into authoritarianism.

Democratic centrists read the internal politics of their party far better than the left did. But getting the politics right is not the same as getting the policy right, and the Democratic establishment ignores the forces that contributed to Sanders’s rise at its peril. 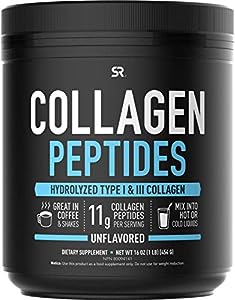