In a recent video clip, Bloomberg is heard making a racist justification for stop & frisk. This newer video could be more devastating. He seems to express support for redlining and blames the 2008 collapse on poor people.

WASHINGTON (AP) — At the height of the 2008 economic collapse, then-New York Mayor Michael Bloomberg said the elimination of a discriminatory housing practice known as “redlining” was responsible for instigating the meltdown.

“It all started back when there was a lot of pressure on banks to make loans to everyone,” Bloomberg said at a forum that was hosted by Georgetown University in September 2008. “Redlining, if you remember, was the term where banks took whole neighborhoods and said, ‘People in these neighborhoods are poor, they’re not going to be able to pay off their mortgages, tell your salesmen don’t go into those areas.'”

He continued: “And then Congress got involved — local elected officials, as well — and said, ‘Oh that’s not fair, these people should be able to get credit.’ And once you started pushing in that direction, banks started making more and more loans where the credit of the person buying the house wasn’t as good as you would like.”

Bloomberg, a billionaire who built a media and financial services empire before turning to electoral politics, was correct that the financial crisis was triggered in part by banks extending loans to borrowers who were ill-suited to repay them. But by attributing the meltdown to the elimination of redlining, a practice used by banks to discriminate against minority borrowers, Bloomberg appears to be blaming policies intended to bring equality to the housing market.

The term redlining comes from the “red lines” those in the financial industry would draw on a map to denote areas deemed ineligible for credit, frequently based on race.

“It’s been well documented that the 2008 crash was caused by unethical, predatory lending that deliberately targeted communities of color,” said Debra Gore-Mann, president and CEO of the Greenlining Institute, a nonprofit that works for racial and economic justice.

“People of color were sold trick loans with exploding interest rates designed to push them into foreclosure. Our communities of color and low income communities were the victims of the crash, not the cause.”

As usual, Plutocrats and Oligarchs, who destroy our economy and pilfer the masses never take responsibility for their ineptitude and greed. They quickly become socialists during their collapse and ultra-capitalist when making a profit. 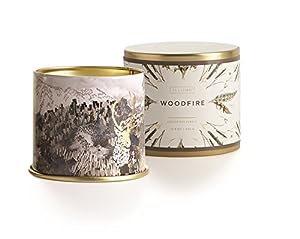