Pundit Zerlina Maxwell appeared on This Week with some important advice for Joe Biden after answering a non-related question from George Stephanopoulos.

Zerlina Maxwell was on fire for the entire This Week segment where she appeared with former New Jersey Governor Chris Christie, Rahm Emanuel, and others. She is refreshing for always pushing back against the measured narrative from Centrist Democrats and the outright factless statements by the Right.

Stephanopoulos asked her whether Trump pardoning his convicted felon friend would help him. She answered and did what good pundits and progressive activists do. She pivoted to speak directly to the head of the Democratic ticket, Joe Biden. She provided advice he would do well listening to now.

” Of course, that Friday night commutation of Roger Stone's sentence,” said Stephanopoulos. “Any sense from you that that could work for him politically?”

“No, I don't think that's going to be beneficial to the president,” Zerlina Maxwell replied.” I think it reminds the American people that this president has been impeached. You had a Republican senator, Mitt Romney, the only senator to vote for conviction, come out saying that this is unprecedented, historic corruption. That's a-quotable. That's something the American people understand. And to the point about the vision for the future, the current situation is going to dictate what the future looks like. If we don’t get the virus under control in the states currently that are experiencing spikes — I'm the daughter of a biologist, George. If we don't get that under control, then we are not going to be able to have much of a robust future and economic growth going forward because, again, all of these crises are interconnected and the president has been incompetent in dealing with them. He stood up in front of a podium and told people to inject disinfectant, talking about putting the president in spaces where he can or cannot because effective, to the governor's point.”

Maxwell then went into her pivot with a prescient message for Biden.

“But I just want to say that when we're talking about voters and how Joe Biden can reach out and speak to that Democratic base, we're forgetting about the fact that the Democratic base, in this current moment, in 2020, is women of color,” Maxwell said. ” Black women vote 6 points higher than the national average. We turn out at nearly 70 percent of the time in each election. And that's something that Joe Biden can focus on that Democrats don't traditionally focus on this early in the election cycle. So invest early, message directly to communities that can turn out and tip the election in your favor, particularly in these critical battleground states, like North Carolina, but don't forget Georgia, which is on the list as a state where the black vote can have a major impact.” 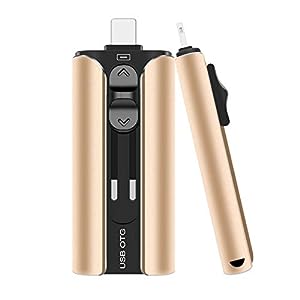