From the Human Rights Campaign,

“Biden’s Executive Order is the most substantive, wide-ranging executive order concerning sexual orientation and gender identity ever issued by a United States president. Today, millions of Americans can breathe a sigh of relief knowing that their President and their government believe discrimination based on sexual orientation and gender identity is not only intolerable but illegal. By fully implementing the Supreme Court’s historic ruling in Bostock, the federal government will enforce federal law to protect LGBTQ people from discrimination in employment, health care, housing, and education, and other key areas of life.

While detailed implementation across the federal government will take time, this Executive Order will begin to immediately change the lives of the millions of LGBTQ people seeking to be treated equally under the law. The full slate of Day One Executive Orders mark a welcome shift from the politics of xenophobia and discrimination to an administration that embraces our world, its people and its dreamers. We look forward to continuing to engage with the White House, Department of Justice, and other agencies to ensure that Bostock is properly implemented across the federal government.”  Alphonso David, President of the Human Rights Campaign

I am just thrilled about the Biden and Harris administration. As you recall, Joe Biden endorsed gay marriage that kick-started an avalanche of gay equality rulings by the courts. The Supreme Court made marriage available to all people.

From Pete Buttigieg to being the first gay man to be nominated for a cabinet position, to the first transgender woman, Rachel Levine, to be nominated for a senate confirmed post as his assistant secretary of the Department of health and two lesbians of color were named to key roles in Biden White House communication staff.  Trump’s transgender military ban will be reversed imminently.

From the Washington Blade.

The executive order implementing the decision in Bostock v. Clayton County comes nearly six months after the Supreme Court issued the ruling, which found anti-LGBTQ discrimination is a form of sex discrimination, thus illegal in the workplace under Title VII of the Civil Rights Act of 1964. The ruling has wide-ranging implications and affects all laws against sex discrimination, including those in education, housing, credit and jury service.

The fact sheet says the Biden executive order “will also direct agencies to take all lawful steps to make sure that federal anti-discrimination statutes that cover sex discrimination prohibit discrimination on the basis of sexual orientation and gender identity, protecting the rights of LGBTQ+ persons.”

The full executive order can be found here. The order specifically calls out the most ghastly violence, mutilation, and murder of transgender people, particularly with black transgender folks. 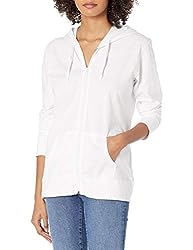