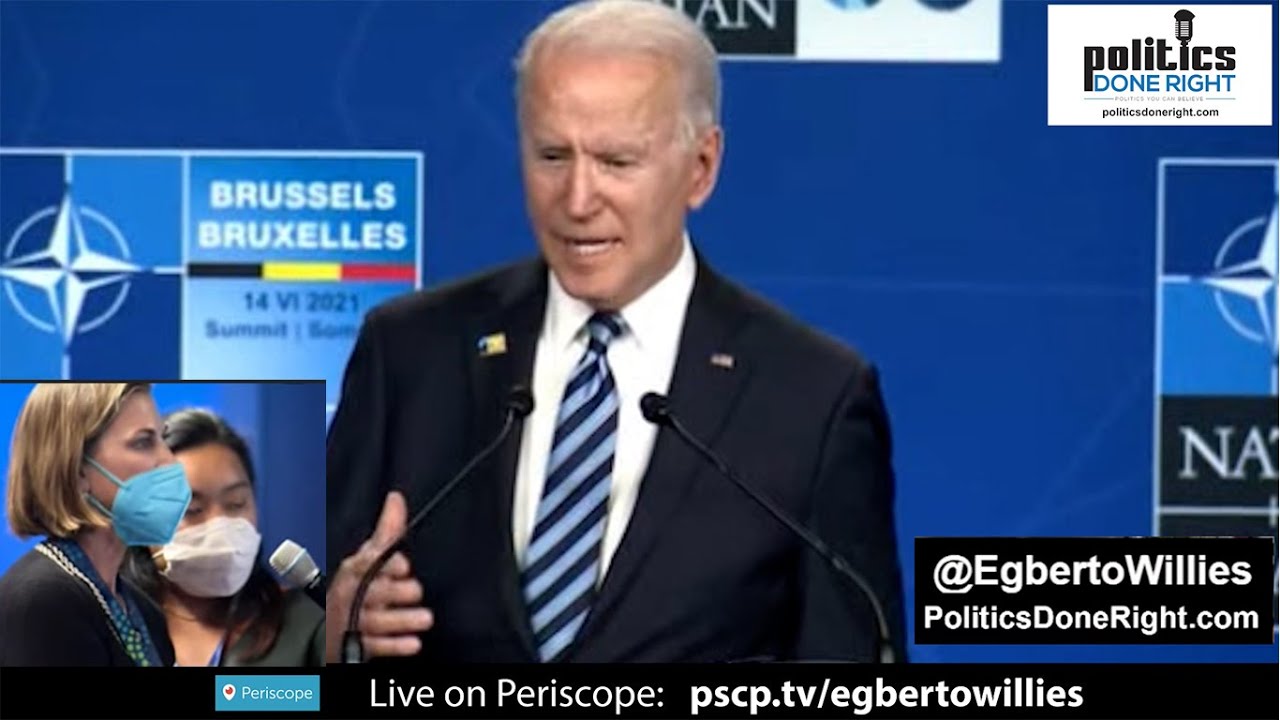 Biden gave the perfect answer to the most important question at the NATO Summit. Did the MSM miss the importance of his response?

Joe Biden hits this out of the park

As I watched the President’s interview, I found it boring at first. There was nothing new. Then The Washington Post’s Ann Gearan asked a question that he hit out of the park.

“Here at this meeting and earlier at the G7,” Ann Gearan said. “You’ve said several times that America is back at allies’ side. A lot of those allies are themselves pretty rattled by what happened on January 6th, an attempted overturning of your election. And they may still be alarmed by the continued hold that Donald Trump has over the Republican Party and the rise of nationalist figures like him around the world. What do you say to those allies? What have you been saying to them at these meetings about how the next president of the United States can keep any promises you make?

“What I’m saying to them is watch me,” Joe Biden said. “I mean, I’m not saying anything quite frankly. I’m just going out; people, as I’ve said before, don’t doubt that I mean what I say, and they believe that I keep my commitments. When I say it, I’m not making any promises to anyone that I don’t believe are overwhelmingly likely to be kept.”

The President then started to articulate an inconvenient truth of a dangerous Republican Party.

“I think it’s appropriate to say that the Republican Party is vastly diminished in numbers,” Biden said. “The leadership of the Republican Party is fractured, and the Trump wing of the party is the bulk of the party. But it makes up a significant minority of the American people. It is a shock and surprise that what’s happened in terms of the consequence of President Trump’s phony populism has happened. And it is disappointing that so many of my Republican colleagues in the Senate who I know, know better have been reluctant to take on, for example, an investigation.”

The President would then make the most important statement. He pointed out that doing the work for the American people and showing results is the way to mitigate Trump’s phony populism. The reality is if that is eliminated, the risk felt by the Europeans, as described by the reporter, would be mitigated.

(43212)
$0.00 (as of May 21, 2022 02:36 GMT -04:00 - More infoProduct prices and availability are accurate as of the date/time indicated and are subject to change. Any price and availability information displayed on [relevant Amazon Site(s), as applicable] at the time of purchase will apply to the purchase of this product.)