There have been a lot of diaries here, and a lot of moaning among the punditocracy, about how Biden should be doing this, or how he needs to do that, or how he’s letting opportunities slip. But from where I sit (stand, squat) it looks to me like he knows what he’s doing and he should keep on doing it.

Jonathan Chait agrees; here’s his article in this morning’s New York magazine: What If I Told You Joe Biden Is Actually Running a Great Campaign?

Maybe he isn’t stumbling at all? Maybe his campaign is … good?

He makes 3 main points, which I’m expanding on:

First, Trump is and has always been deeply unpopular. He won against Hillary in 2016 because she was just as unpopular. Biden has always been more popular than Trump, and unlike in 2016, Trump is now a known quantity. Trump is digging himself deeper into his hole every day, and Biden’s strategy of keeping a low profile lets everyone focus on that hole and marvel how it keeps getting deeper.

Second, Biden is not keeping totally quiet. He’s choosing to speak, to give interviews, to meet protestors. He has the luxury right now of picking his venues, and he’s doing so in a way that show his concern for people’s health and that minimize his gaffe potential.

Biden has been able to carry forward the message he used to start his campaign, which he built around Trump’s shocking embrace of racist supporters at Charlottesville, into a promise of healing racist divisions.

The Trump campaign is getting very frustrated that Biden is keeping a low profile and letting Trump give himself uppercuts every day:

The Trump campaign is frustrated because every single day Joe Biden is making a case to the American people for steady, experienced, compassionate leadership that is in stark contrast to the erratic, divisive and cruel message coming from Donald Trump's White House.” (Quoting the Biden campaign press secretary)

As for the racial unity theme, Chait thinks Biden is partly prescient and partly lucky:

Biden surely benefitted [sic] from good luck, in that he chose a theme more than a year ago that happened to anticipate the current massive social upheaval. But it wasn’t just luck to predict that Trump’s divisive racism would continue to flare up. Instead, pundits have repeatedly predicted that Trump would use Nixonian law-and-order themes to rally a silent majority against Black Lives Matter protests.

I think Chait does Biden a disservice here. While he has stumbled at times on race, Biden has a genuine desire to heal the racial wounds that have plagued our country since its founding. He didn’t make the choice to run on this theme out of political calculation that Trump would take the opposite tack, or because it would get him Black and Latinx voters that any Democrat needs in order to win. He did because he knows it is the right thing to do.

Chait’s bottom line, though, is pretty much on target: Biden knows what he’s doing, so stop kvetching over it. 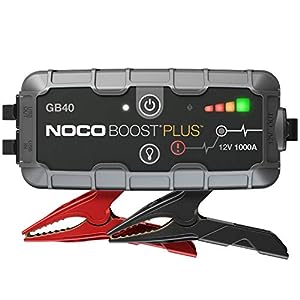