It Didn't Have To Be This Bad Anti Trump, Anti Rac...

More than a million people have moved to Texas in the last three years, and I’m trying to get in touch with them.

The good news about this group is that it’s comprised of folks who have reliably voted in the Democratic primary in their previous states.

The bad news is that they have failed to update their voter registration. In other words, they’re still registered to vote in Illinois or California or New York. If they just updated their registration, they could vote in the next election in Texas.

Imagine if we were able to register just 50% of them ahead of November. It would mean we’d likely WIN the State House and help deliver the 38 electoral college votes to the Democratic nominee for President, denying Donald Trump a second term.*

Can you join me Thursday, May 28th to call unregistered Democratic voters in Texas? Help us win the State House and stop Trump by signing up for the phone bank right now.

(*Historical perspective: in the midterm elections of 2018, despite significant voter suppression and a cycle that typically favors Republican turnout over Democratic turnout, in Texas we won two new seats in the U.S. Congress, twelve seats in the State House, and I came within 2.6% of defeating Ted Cruz.)

With 500,000 new Democratic voters in a Presidential election cycle, there is no stopping us.

So how do we get these proven Democratic voters registered and to the polls so that they can save Texas and our country?

That’s where you and I and hopefully a lot of other people come in.

I’ve organized a series of national phone banks with thousands of volunteers to call these reliable-but-unregistered Democratic voters who will have just received a voter registration application in the mail. Our phone calls just make sure that these voters have signed the form and mailed it in. That’s it.

– Hi John, my name is Beto and I’m calling to make sure you’ve signed and mailed back the voter registration form we mailed to your house.

– That must be the letter sitting on my kitchen counter. Alright, I’ll fill it out and send it in!

Would you be up for spending a couple of hours with me Thursday, May 28th making calls to unregistered Democratic voters in Texas? No pressure, but if you say yes you might very well make the difference in the most important election in our lifetime.

Looking forward to doing this with you,

Click here to RSVP for the May 26th event.

Click here to RSVP for the May 28th event. 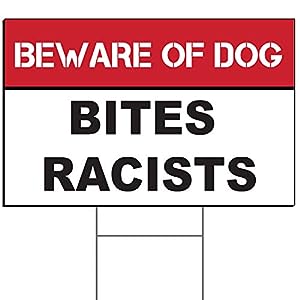