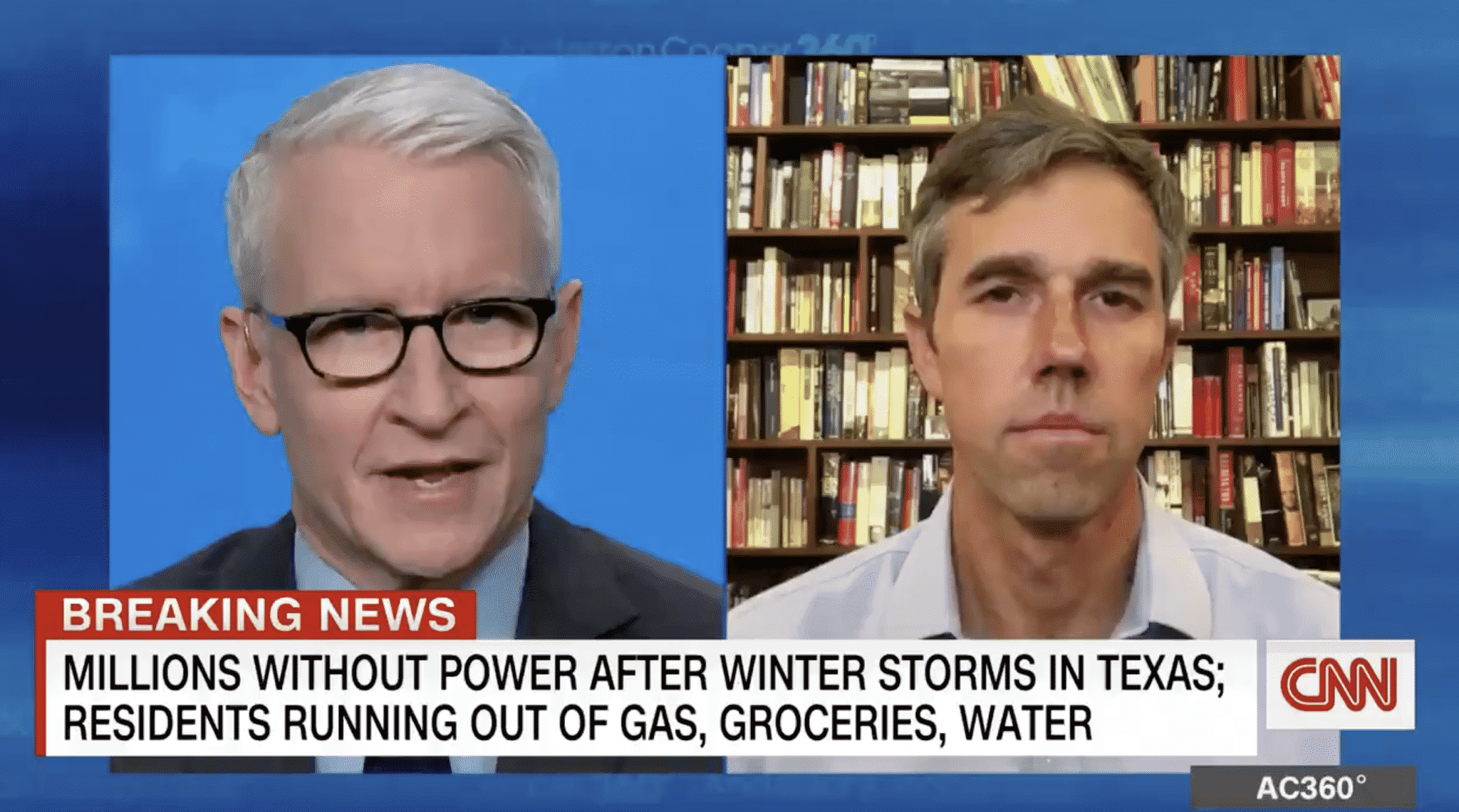 In case you haven’t heard:

Speculation raged on social media overnight that Sen. Ted Cruz (R-TX) flew out on vacay to Cancun while his home state of Texas froze and residents scrambled to survive—but his office stayed completely silent on the rumors. However, Fox News and the Associated Press have confirmed Cruz’s completely tone-deaf trip, based on unidentified sources.

The senator’s fellow travelers seemed to out his visit on Wednesday evening by posting several snaps of him inside an airport and then, later, on a plane. An unnamed Republican appeared to put an end to the speculation Thursday morning, telling Fox News that the allegations are true and commenting: “The photos speak for themselves.”

Cruz reported flight came during an ongoing catastrophe in his home state—freezing weather has caused days of mass power failures, which, in turn, has caused widespread food shortages and water outages. At least 1o people have died and millions have been left cold and in the dark. In his final tweet shortly before the incriminating photos of him surfaced, Cruz wrote: “A blizzard strikes Texas & our state shuts down. Not good.”

Cruz’s office has still not responded to a request for comment—but his opponents have been happy to talk about it. Beto O’Rourke, the former Texas congressman who lost to Cruz in 2018, has been busy calling senior citizens to make sure they’re surviving the deep freeze. He told MSNBC that his rival “is vacationing in Cancun right now when people are literally freezing to death in the state that he was elected to represent and serve.”

That’s right, Beto has been showing off his real leadership:

Warming centers, shelters and housing for families in need: https://t.co/8gzHXRk4cP

You can also call 211 for City of Fort Worth program to shelter families in hotels.

Fort Worth and Tarrant folks: please add to this thread!

Dallas and North Texas folks: please add to this thread!

Encouraged to see power coming back to much of Texas. However, many still without electricity and millions still struggling to get drinking water and food. @TexasTribune has put together a helpful guide on where to get help and how to help across Texas: https://t.co/eUWudHaZQI

We made over 151,000 calls to senior citizens in Texas tonight. One of our vols talked to a man stranded at home w/out power in Killeen, hadn’t eaten in 2 days, got him a ride to a warming center and a hot meal. Help us reach more people, join us tomorrow: https://t.co/WOLn2HCrm1

I am getting in touch on the chance that you are able to help us reach out to Texans who might need assistance in the wake of this winter storm and the series of power blackouts that have left so many in a desperate situation.

We are activating all of our Powered by People volunteers to make phone calls into affected Texas communities to connect people with necessary services. We will give you a quick training, help you with an easy-to-follow script, and allow you to help right away.

Thank you for considering joining us as we seek to help our fellow Texans in need.

(22196)
$179.00 (as of May 17, 2022 04:06 GMT -04:00 - More infoProduct prices and availability are accurate as of the date/time indicated and are subject to change. Any price and availability information displayed on [relevant Amazon Site(s), as applicable] at the time of purchase will apply to the purchase of this product.)