Whatever you think of him (I have positive, if not fuzzy-warm feelings), Bernie Sanders is likely going to stay relevant for at least one more election cycle.

Sen. Bernie Sanders’ (I-Vt.) second bid for the White House is barely out the gate, but the lawmaker already has a formidable war chest after leveraging the support of small donors who propelled him to the top of the Democratic pack in 2016.

Sanders has raised more than $4 million from nearly 150,000 people in the 12 hours since he announced his run, campaign officials said Tuesday. The number far surpasses other prominent Democrats who have launched their own bids and is more than double the $1.5 million raised by Sen. Kamala Harris (D-Calif.) in her first 24 hours.

A big campaign war chest doesn’t necessarily make you a shoo-in, of course. If it did, Jeb! would have been speaking in front of huge campaign crowds instead of seeing signs outside rally venues saying “Puppet Show and Jeb Bush.”

But even if the Democratic field is far different this time around, Bernie apparently has a big early slice of the pie. Will he be able to break from a crowd that boasts several solid progressive choices? 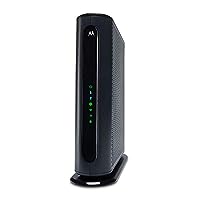