In Donald Trump’s bizarro Manichaean world, you’re either tremendous and magnificent or a total loser. The one variable that decides which column you belong in? Your opinion of Donald Trump, of course.

No one gets to straddle that fence, but some exist on both sides of it at different times. It all depends on whether they’ve adequately massaged His Heinous’ ego.

Kellyanne Conway’s husband, George, who has been calling Trump out over his obvious mental illness on Twitter lately, is the latest to morph from wonderful to abysmal.

About an hour later, in a masterful bit of trolling, The Washington Post published this 2006 letter from Trump to Conway:

I wanted to thank you for your wonderful assistance in ridding Trump World Tower of some very bad people. What I was most impressed with was how quickly you were able to comprehend a very bad situation. In any event, the building has now been normalized, and the employees are no longer doing menial tasks, etc for our former Board Members. Life goes on in a much more positive way!

Again, I very much appreciate your assistance.

PS – And, you have a truly great voice, certainly not a bad asset for a top trial lawyer!

Yup, he wrote it!

And, of course, not only is Conway a total loser and a top trial lawyer, but DONALD TRUMP DOESN’T EVEN KNOW HIM!

Gee, I wonder who made Parscale tweet that. Oh, never mind. I’m sure he did it 100 percent on his own. 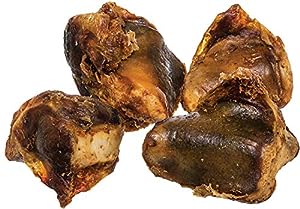