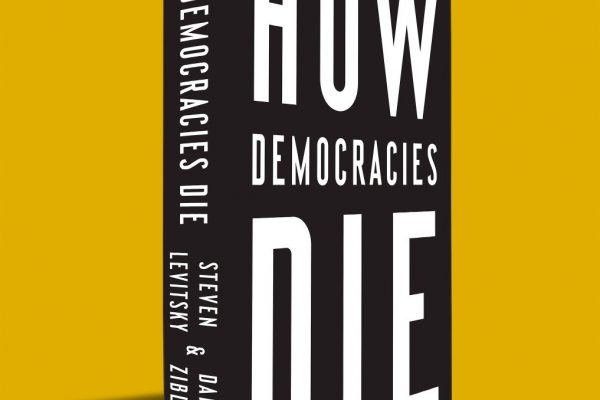 Each of Trump's outrageous actions push us one step closer to what Hungarian scholar Balint Magyar calls a “mafia state,” — the term he uses to describe the kind of autocracies we see springing up in the former Soviet Union.

1/ Trump equates himself with the America. What’s good for him, is good for the country.
That was his legal defense in Ukraine Operation Shakedown: What he was doing was in the national best interests. It also benefitted him. (Because he doesn’t separate the two)
2/ I wrote about that here👇
Opinion | Trump and Giuliani’s Ukraine defense pushes America closer to a mafia state

Magyar talks about the three stages of establishing autocracy.

3/ Stage two is what Magyar calls the “autocratic breakthrough.”
We talk about Trump running a “shadow” foreign policy alongside (and often in conflict with) the official State Department foreign policy.
4/ But @mashagessen , relying on Magyar’s work, explains that we are “using the wrong language.”
The Trump Administration’s War on the Government Is an “Autocratic Attempt”
A president—the chief foreign policy official in the nation—can’t, by definition, run a shadow foreign policy.
5/ What he can do, however, is destroy the institutions that traditionally conduct foreign policy, in this case, the State Department, staffed by career diplomats.
Mafia states—like Putin’s Russia—develop as the government takes over businesses.
Opinion | Trump and Giuliani’s Ukraine defense pushes America closer to a mafia state

6/ As the ruler consolidates power and his hold over the nation, both wealth and power come to be concentrated in one person.
Eventually, the entire state comes under the control of the head of the family. In other words, the ruler ends up owning the country.
7/ When this happens, the ruler’s personal interests and the interests of the nation become meshed into one. Trump has been open about his admiration for Putin, the head of a powerful mafia state.
So the head of a mafia state is directly analogous to a mafia don.
8/ In this NBC Think piece (which I co-authored with @glennkirschner2) we compare Trump’s methods to the Godfather’s.
Opinion | Trump’s mafia tactics emerged way before Ukraine. Just ask Michael Cohen
We are in the reversible stage.
For one thing, our elections still have meaning (that’s how the Democrats won big in 2017 and 2018).
9/ Levitsky and Ziblatt, in this book and in other lectures and articles, chart the way out.
I’m working on a thread right now about positive steps being taken to dislodge Trump and his mafia state.
Interesting.

This is exactly what I saw when I was in Hungary a year ago. The citizens didn't mind the conservative politics as much as the blatant corruption and unpredictable autocratic rulings that often favored friends and supporters of the PM Orban & hurt others. I heard so many examples

Unintended consequences: To save conservatism at any cost, you have to break rules.

Once the rules are broken, all fairness is gone. Those who voted for rule breakers thinking they’ll benefit, but they suffer when there are no rules.

“With Republicans’ latest embrace of this man of the lowest character, they are becoming who he is. And as our children see our feckless leaders tolerate a [man] without a fiber of virtue, I fear we will all become who he is.” Fight the death of decency!https://t.co/JtKXSIA55E

Though a majority of senators agreed that President Trump had done wrong, the Senate cleared him of wrongdoing. They acquitted him even though he expressed no contrition and even though his agent, Rudy Giuliani, had just stated that he, with Trump’s permission, would go on committing the same behavior that got Trump impeached.
The president had broken the law, cheated in his reelection, abused a vulnerable ally by withholding military aid, emboldened a foe and concealed the facts — and there would be no consequences. His fellow Republicans rejected even the symbolic sanction of censure.

It didn’t take long to see the consequences of acquittal: Trump’s blasphemy at the National Prayer Breakfast, his obscene rant in the White House, his move to evict from the White House a decorated military officer who testified during impeachment, his attorney general’s edict that he alone would decide which presidential candidates to investigate and his Treasury Department’s release of sensitive records about the family of a Trump political opponent even as it refuses to release similar records about Trump.

With Republicans’ latest embrace of this man of the lowest character, they are becoming who he is.

And as our children see our feckless leaders tolerate a president without a fiber of virtue, I fear that we will all become who he is.

In a funny way, it’s probably just as fruitful to examine Trump’s East Room remarks by looking at the negative space: Who didn’t Trump thank in his bizarro-world Oscar speech?

He thanks his lawyers. He thanked many of the less-intellectually vigorous members of Congress. He thanked his third wife and his daughter, Ivanka. He thanked the New York Post.

If the fates of Michael Cohen and Paul Manafort and Roger Stone are any guide, this does not bode well.

But maybe Rudy will be okay. After all, while Trump was doing his thing, his other personal lawyer—sorry, “personal lawyer”—Bill Barr, sat in the front row, nodding along.

(22195)
$179.00 (as of May 16, 2022 23:24 GMT -04:00 - More infoProduct prices and availability are accurate as of the date/time indicated and are subject to change. Any price and availability information displayed on [relevant Amazon Site(s), as applicable] at the time of purchase will apply to the purchase of this product.)