Retired astronaut Mark Kelly (D) leads Sen. Martha McSally (R) in the race for an Arizona seat in the United States Senate, according to a new poll.

The poll conducted by OH Predictive Insights, a Phoenix-based polling firm, shows Kelly scoring 49 percent of the vote among Arizona voters, compared with 42 percent for McSally.

Kelly led McSally by a narrower margin, 47 to 44 percent, in the firm’s December poll.

McSally, who was appointed to the seat by Gov. Doug Ducey (R) after the death of Sen. John McCain (R), has seen her favorable ratings drop substantially in recent months. Today, 43 percent of Arizona voters see her favorably, while 47 percent see her unfavorably.

But Mike Noble, OH Predictive Insights’ chief of research, pointed to the number of Arizona voters who do not have an opinion of Kelly — nearly a quarter of likely voters — as an opportunity for McSally to fight back, if she can define the political neophyte early.

Trump’s approval in Arizona is 47/50 and he’s been getting low approvals for his handling of the Coronavirus. Joe Biden also leads Bernie Sanders in the Democratic Primary 45-17. More info from the poll:

A key component of Kelly’s rise since December is his performance among older voters — usually a group which is solidly Republican. In December, Kelly was trailing McSally among men aged 55 and older by 12 points (39 percent to 51 percent), but leading among older women. However, in this quarter’s poll, Kelly has closed that gap and is now tied with McSally at 45 percent of older men, and is still leading with women 55 and older.

While Kelly has been making inroads with certain segments of traditional Republican voters, McSally’s base is still holding strong. Kelly is only getting the support of 7 percent of registered Republicans, compared to McSally’s 83 percent. McSally is also leading Kelly with white, non-Hispanic voters — the largest ethnicity group in Arizona by population — by 5 points (48 percent to 43 percent).

Democrats are united (90%) for Kelly, Republicans are less-united (83%) for McSally, and Independents are strongly favoring (58/29) Kelly at this point in the Arizona Senate race.

Let’s keep up the momentum and win this race. Click here to donate and get involved with Kelly’s campaign. 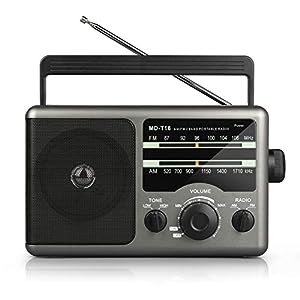