As we all know, U.S. Senator Martha McSally (R. AZ) is one of the most vulnerable Senators this cycle and Democrats have a strong recruit in Mark Kelly (D. AZ) and are spending big to attack McSally’s record:

A new super PAC is targeting GOP Sen. Martha McSally in an early sign that the competitive Arizona Senate race could attract plenty of outside spending.

The group, named “Middle Class Fighting to Restore Arizona’s Unity and Decency,” or “McFraud,” is launching a five-figure TV and digital ad buy with a 30-second spot accusing McSally of changing her positions on immigration issues and highlighting an Arizona Republic editorial that labeled her as “disingenuous.”

The ad will air in the Phoenix media market on CNN and Fox News, according to information shared first with CQ Roll Call.

“Arizonans rejected flip-flopper Martha McSally’s brand of anti-worker politics in 2018 and we are confident they will again in 2020,” said Frank Hawk, vice president of the Southwest Regional Council of Carpenters, one of the groups funding the super PAC.

The animated ad features a “McSally’s” restaurant, similar to McDonald’s. The narrator says the restaurant has “flip-flopping burgers” and a “souvenir Ukraine kamikaze cup,” a reference to McSally’s comments that Democrats’ effort to impeach President Donald Trump was a “kamikaze mission.”

And McSally is worried that she may not have the resources to fight back:

McSally, specifically, is in a tough race against Mark Kelly, the former astronaut and husband for former Congresswoman, Gabby Giffords. So far in the contest, Kelly is far outpacing the incumbent Senator in fundraising. Te gap is so large, in fact, that McSally says she can’t fight right now.

Kelly has hit McSally hard with ads claiming she opposed healthcare for people with preexisting conditions. She told attendees of a Republican meeting, “Look, the attack ads are a lie.”

But the Senator said that she is having trouble answering the TV sports. She continued, “We don’t have the resources to fight. If I went up on TV right now, my campaign coffers would be empty. If we’re going to fight back with a TV ad, it’s going to cost us millions of dollars.”

McSally closed her remarks by pleading for help from outside Republican groups. “We need close air support to show up,” she said. “There’s outside groups. We can’t talk to them. We can’t invite them, but we pray for them every day. We need conservative outside groups, you know, to wake up, and get involved, and start muddying up the landscape a little bit, so I’m not just sitting here taking incoming and not having any A-10s show up, you know overhead, to help me out.”

Let’s keep up the momentum and win this race. Click here to donate and get involved with Kelly’s campaign. 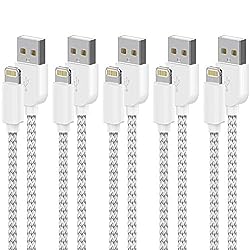