Martha McSally has the solution for Arizona cities that have seen a gaping hole blown in their budgets because of the coronavirus pandemic: Sit tight and hope that the federal government loosens the strings on a too-small pot of money that you can’t access.

What she definitely doesn’t have an appetite for, she told attendees of a virtual town hall hosted last month by the city of Surprise, is giving money directly to most Arizona cities to fill the massive deficits brought on by the economic catastrophe.

“On any (new) funding, I’m just going to be frank with you guys, OK? This is not the time for states and cities – unlike Arizona, unlike Surprise – who have mismanaged their budgets over the course of many decades, for them to use this as an opportunity to see you, as a taxpayer in Arizona, as a cash cow for them,” she said.

Instead, she pointed to the $150 billion that the CARES Act set aside for states and cities and patted herself on the back for a job well done.

“We’ve already given $150 billion in state stabilization money that three cities in Arizona got directly from the federal government – that’s Mesa, Tucson, and Phoenix, that have over 500,000 residents. The rest of the money will flow through the state to the cities,” she said at the April 29 event.

But that money comes with strict rules about how it can be spent, most specifically that it has to be used on coronavirus response efforts – and local governments are barred from using it to fill budget deficits.

And right now, that’s what they need. Surprise Mayor Skip Hall, who moderated the town hall event with McSally, said his suburban city went from a $7.5 million budget surplus in February to an estimated $15 million deficit now.

“We were having a gangbusters year, and then this hit,” he told me Wednesday.

Yeah, she’s a pretty useless Senator and Democratic and anti-Trump groups are making her a top target:

The group, whose national profile has skyrocketed amid a longstanding public spat with Trump, accused McSally of being too close with the president and shirking the bipartisanship for which her predecessors garnered praise.

“Martha McSally is no John McCain. She’s no Barry Goldwater. Martha McSally doesn’t deserve their seat in the U.S. Senate,” a male narrator reads in the six-second clip.

“Martha McSally has tarnished the strong and powerful leadership that came before her. People like John McCain and Barry Goldwater have worked tirelessly for Arizonans and Martha McSally has only worked for Donald Trump,” Jennifer Horn, co-founder of The Lincoln Project, added in a press release.

The Lincoln Project did not immediately respond to a request for comment from The Hill regarding the cost of the ad buy and how long the clip will air.

The group’s latest attack ad indicates McSally will also have to defend herself from intraparty criticism as she faces a stiff challenge from Democrat Mark Kelly, a former astronaut and gun control activist, to serve the remainder of the late Sen. John McCain’s (R) term.

A string of polls have shown McSally trailing Kelly, who has emerged as a fundraising juggernaut since he launched his campaign. The former astronaut raked in $11 million in the first quarter of the year, finishing the period with $19.7 million in the bank, while McSally brought in more than $6.3 million and had $10.2 million cash on hand at the same point.

McSally’s seat is likely a crucial piece of both parties’ plans to try to control the Senate. Reelecting her will be a major focus of the GOP’s effort to protect its current 53-47 majority, while Democrats will almost certainly have to get Kelly elected to capture the majority themselves.

Western states like Arizona are going to be a big part of our path to victory in November:

For Democrats, there is another clear path to victory.

Arizona has 11 electoral votes, one more than Wisconsin. Arizona has a Democratic senator, Kyrsten Sinema. Sen. Sinema was the first Democrat elected to the Senate in Arizona in 30 years. In the race for the Senate seat vacated when John McCain (R-Ariz.) passed away, Mark Kelly is running against appointed incumbent Martha McSally (R-Ariz.). Mark Kelly, astronaut, gun reform leader, is well ahead in the polls. It is possible that Arizona has two Democrats in the Senate. At the same time, the Democratic nominee for president, former Vice President Joe Biden, is ahead of Trump in all the Arizona polls.

The Democrats have a solid shot at Arizona in 2020.

The implications of a Democratic Party victory in November here are huge. If Joe Biden wins the Grand Canyon State, the Democrats will likely have taken California, Nevada, New Mexico, Colorado, Oregon and Washington, too. In the past, we have had a Blue Wall in the Midwest and East. This is the Blue Wave that will lead the party well into the future.

It is not just Arizona that can turn the tide. I almost hesitate to say it, because we have all wondered for a while whether and when this would occur but it may be time — Texas is tilting. The biggest state by landmass in the continental U.S. saw Democrat Beto O’Rourke fall to Republican Ted Cruz by just two points in 2018. That race was a harbinger of things to come. Big cities in Texas are now all blue: San Antonio, Austin, Houston, Dallas. Latinos make up more and more of the vote in Texas. Comparing 2014 to 2018, for instance, some parts of Texas saw the Latino vote increased by 300 percent. Add to that the current state of the Lone Star state: the Dallas Morning News/University of Texas Tyler poll has the race a dead heat, at 43 percent for Joe Biden and 43 percent for Donald Trump.

Let’s win big in Arizona. Click below to donate and get involved with Mark Kelly and Joe Biden’s campaigns: 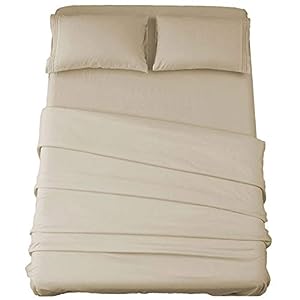