Imagine if you will  a collection of pieces, written by different people, many of whom are well-known and working for different media outlets, that covers almost the entire span of of the past two years of Trump destroying this nation.

Well, you no longer have to imagine, because Atlantic has done so here.  That link will take you to a statement by editor-in-chief Jeffrey Goldberg which begins like this:

In an October 2016 editorial, The Atlantic wrote of Donald Trump: “He is a demagogue, a xenophobe, a sexist, a know-nothing, and a liar.” We argued that Trump “expresses admiration for authoritarian rulers, and evinces authoritarian tendencies himself.” Trump, we also noted, “is easily goaded, a poor quality for someone seeking control of America’s nuclear arsenal. He is an enemy of fact-based discourse; he is ignorant of, and indifferent to, the Constitution; he appears not to read.”

In retrospect, we may be guilty of understatement.

For each link there is a separate link. If you were listening to Morning Joe you know the list begins with #50, written by James Parker, and on the list is titled Trump touches the magic orb.

Among the items authors participating whose names you might know are

By now you should have a sense of how thorough this is.

I am putting this post up merely to inform the readership of the importance and thoroughness of this effort.

Atlantic is not a publication regularly read by much of the American public, and not even by the political class in DC, politicians, consultants, and pundit.  Certainly the resident of 1600 Pennsylvania Northwest does not really read, and even the online version of the magazine is not something to which he is likely to turn.

But if you look at the ENTIRE list, like the piece in today’s Washington Post by Max Boot which lists 18 reasons Trump could be a Russian asset, putting it all together has a devastating effect.

I could provide the entire list, but I have given you this link which will take you to the entire list. You will see pieces by the likes of Garrett Epps, Jemele Hill, Van Newkirkk III, Alex Wagner, and so on.

And the top fie:

Those of you in DC now have your homework for this snow day.

Now get a strong cup of coffee, or perhaps a stiff drink, and go start reading. 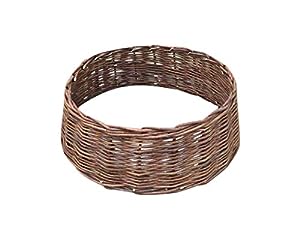