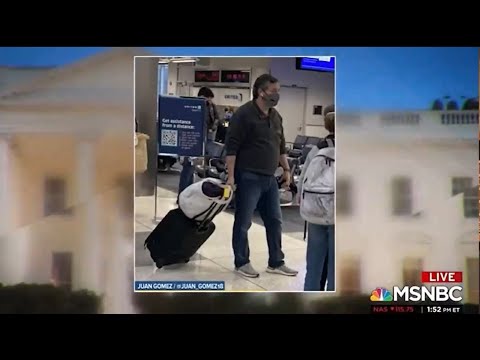 As Texas froze and water shortages abounded, Ted Cruz flew off on a warm vacation to Cancun. The election cannot come soon enough.

For a supposedly brilliant Ivy League-educated dude, this was a political mistake that not even a novice would commit. But when hubris reigns from continual accountability, this is not surprising.

Like millions of his constituents across Texas, Senator Ted Cruz had a frigid home without electricity this week amid the state’s power crisis. But unlike most, Mr. Cruz got out, fleeing Houston and hopping a Wednesday afternoon flight to Cancún with his family for a respite at a luxury resort.

Photos of Mr. Cruz and his wife, Heidi, boarding the flight ricocheted quickly across social media and left both his political allies and rivals aghast at a tropical trip as a disaster unfolded at home. The blowback only intensified after Mr. Cruz, a Republican, released a statement saying he had flown to Mexico “to be a good dad” and accompany his daughters and their friends; he noted he was flying back Thursday afternoon, though he did not disclose how long he had originally intended to stay.

Text messages sent from Ms. Cruz to friends and Houston neighbors on Wednesday revealed a hastily planned trip. Their house was “FREEZING,” as Ms. Cruz put it — and she proposed a getaway until Sunday. Ms. Cruz invited others to join them at the Ritz-Carlton in Cancún, where they had stayed “many times,” noting the room price this week ($309 per night) and its good security. The text messages were provided to The New York Times and confirmed by a second person on the thread, who declined to be identified because of the private nature of the texts.

For more than 12 hours after the airport departure photos first emerged, Mr. Cruz’s office declined to comment on his whereabouts. The Houston police confirmed that the senator’s office had sought their assistance for his airport trip on Wednesday, and eventually Mr. Cruz was spotted wheeling his suitcase in Mexico on Thursday as he returned to the state he represents in the Senate.
NYTimes

How do you know the Senate’s genius was caught completely off guard. His response to a Houston’s local TV station reporter was probative.

HOUSTON, Texas (KTRK) — In a one-on-one interview with ABC13 from inside his home, Ted Cruz said he regrets taking a trip to Mexico as thousands of Texans remain without power and running water after a historic winter storm ravaged the state.

So, what was he thinking? Tom Abrahams asked Cruz that question to kick off the sit-down interview and the senator said he was simply trying to be a dad. The high-profile Republican lawmaker told Eyewitness News he and his family were among the many Texans who lost power. …

“It was a mistake.” The senator said admitted of his trip to Cancun amidst the Texas power crisis.

Ted Cruz will regret this one. The ads for the 2024 Texas Senate race write themselves.

(85515)
$0.00 (as of May 16, 2022 03:41 GMT -04:00 - More infoProduct prices and availability are accurate as of the date/time indicated and are subject to change. Any price and availability information displayed on [relevant Amazon Site(s), as applicable] at the time of purchase will apply to the purchase of this product.)