Indonesia is one of the most vulnerable nations on earth to climate change. Indonesians will face more intense floods, droughts and sea level rise in the years to come. The low lying and densely populated nation has 18,000 miles of coastline and many islands at sea level. Winds and rainfall patterns are in disarray are complicating agriculture.

Dasril Roszandi writes in Grist writes on the recent floods in Indonesia.

The communities most vulnerable to flooding are those in poor neighborhoods — especially slums located near wastewater, which can spread pathogens when combined with flooding. More than 1,000 soldiers and health workers were dispatched to use disinfectant sprays in these areas on Sunday to prevent the spread of disease.

Jakarta, which is home to about 10 million people, is extremely vulnerable to the effects of climate change, including rising sea levels and extreme weather. It also has dangerous levels of air pollution and the largest uncovered landfill in Southeast Asia. On top of that, the city’s rapidly growing population has faced major water shortages in recent years due to a dearth of groundwater. Meanwhile, rivers are polluted with garbage, and researchers say that at least 20 tons of trash are dumped in the Jakarta Bay each day.

While Australia burns & Indonesia drowns, remember only a handful of fossil fuel billionaires are directly responsible for majority of climate change.

70% of global emissions come from just 100 companies. In the fight to save the planet, we have no choice but to take them on. https://t.co/DfRvjsYuvN

The irony is that Indonesia also holds one of the most effective tools to fight against climate change: mangroves. These tall trees growing in coastal waters can remove and store carbon humans have emitted into the atmosphere. But instead of protecting and expanding mangrove ecosystems, the government has continued to allow corporations to slash and burn mangroves for palm oil production, thus producing more carbon emissions.

And even in the wake of devastating floods, the Indonesian government plans to stay the course. Two government ministers told Reuters this week that they have no plans to change their climate policy after the New Year’s flooding. But the head of the country’s meteorological agency minced no words about the impact of climate change on the floods’ severity. “The impact of a 1-degree increase can be severe,” Dwikorita Karnawati told reporters on Friday. “Among that is these floods.”

Year-on-year, the CO₂ concentration continues to rise in line with our growing CO₂ emissions…

Hillary Leung writes in Time Magazine on the climate crisis and, glaring sight of income disparity and a warming earth is in full display in Jakarta .

The floods, which have disproportionately affected the poor in Indonesia, have ignited conversation about the nation’s income disparity. Indonesia has the sixth greatest wealth inequality in the world, according to Oxfam. Less developed districts that were badly hit by the floods in and outside Jakarta, where poorer families tend to live, lack access to infrastructure such as decent roads and electricity, the NGO reports. This makes them more susceptible when weather tragedies strike.

A photo on Twitter posted a day after the downpour had many commenting on how the floods laid the country’s inequality bare: the aerial shot shows the pristine swimming pool at Jakarta’s Shangri-la Hotel virtually untouched as the kampong—or village—just adjacent was submerged in muddy floodwaters.

Sutanudjaja says the hotel and other shiny development projects in the city are at least 3 feet higher than street level, causing floodwaters to flow down to areas that lack the infrastructure to drain it.

“The rich are able to save themselves at the expense of other neighborhoods,” she says. “In a climate crisis, they [the poor] are the first victims, and the last ones to get help.”

Lukae Darby at GQ Magazine writes about the guilt of the billionaires who willingly lead the world towards Armageddon.

Contrary to a lot of guilt-tripping pleas for us all to take the bus more often to save the world, your individual choices are probably doing very little to the world’s climate. The real impact comes on the industrial level, as more than 70 percent of global emissions come from just 100 companies. So you, a random American consumer, exert very little pressure here. The people who are actively cranking up the global thermostat and threatening to drown 20 percent of the global population are the billionaires in the boardrooms of these companies.

The bad news is it causes earthquakes, contaminates your water, and it's accelerating climate change. But here's the good news: a few billionaires are getting even more rich pic.twitter.com/GApK3T3Qcm

In recent years, fossil-fuel companies have tried to cast themselves as being on the same side of the general public. Just this month, Exxon pledged $1 million to fight for a carbon tax, a stopgap measure that charges a fee of $40 per ton of carbon produced and increases as production goes up. At a glance, that may seem magnanimous, but the truth is that Exxon can afford the tax. Not only is the oil and gas industry experiencing a serious boom right now, companies know that the only real solutions to climate change will hurt them even more than a measly tax.

That’s largely because there is no “free market” incentive to prevent disaster. An economic environment where a company is only considered viable if it’s constantly expanding and increasing its production can’t be expected to pump its own brakes over something as trivial as pending global catastrophe. Instead, market logic dictates that rather than take the financial hit that comes with cutting profits, it’s more reasonable to find a way to make money off the boiling ocean. Nothing illustrates this phenomenon better than the burgeoning climate-change investment industry. According to Bloomberg, investors are looking to make money off of everything from revamped food production to hotels for people fleeing increasingly hurricane-ravaged areas. A top JP Morgan Asset investment strategist advised clients that sea-level rise was so inevitable that there was likely a lot of opportunity for investing in sea-wall construction.

Even today, after literally decades of radical libertarian billionaires fostering disbelief in climate change and skepticism about the government, three out of five Americans believe climate change affects their local community. That number climbs to two-thirds on the coasts. Even the Trump administration now admits that climate change is real, but their response to it is dead-eyed acceptance. If popular support actually influenced public policy, there would have been more decisive action from the U.S. government years ago. But the fossil-fuel industry’s interests are too well-insulated by the mountains of cash that have been converted into lobbyists, industry-shilling Republicans and Democrats, and misinformation. To them, the rest of the world is just kindling. 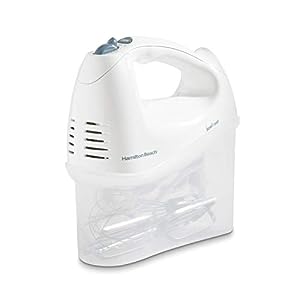