There’s going to be a lot of swearing in this. Let me begin: What the fucking fuck?

A woman accused of participating in the Jan. 6 riot at the U.S. Capitol asked a federal judge for permission to leave the country on vacation later this month – and got it.

A U.S. magistrate approved the request, ordering that her pretrial travel restrictions to be amended to allow the four-day trip.

The woman is Jenny Louise Cudd.  She requested to travel to Mexico's exclusive Riviera Maya from Feb. 18-21 for a “work-related bonding retreat” with co-workers and spouses. You see, she already prepaid for it. When the story broke today, people laughed. But I’m not laughing now that it was granted. Not at all.

This is the exact same woman who bragged on social media about “breaking down Nancy Pelosi’s door” while laughing about the things being stolen in her office. You can see for yourself:

She expresses ZERO remorse for her actions.  She is however, livid about the consequences she’s experienced. By consequences, I mean the fact that people are leaving negative reviews on her stupid flower store. The horror. People should NOT be allowed to do that.  My God, hasn’t she suffered enough already? From the same USA today article  is the money quote from Jenny:

Her cause is white privilege. She is the living embodiment of it.

Pissed?  Oh, not even until I tell you what really ticked me off. The government prosecutors DID NOT object to her taking the vacation.

Let me repeat. THEY DID NOT FUCKING OBJECT TO HER VACATIONING IN MEXICO AFTER PARTICIPATING IN THE INSURRECTION ON THE CAPITOL!!

I would say there is a good chance she might not come back from Mexico, but seriously, with the kid gloves we treat these upper-middle class/upper class insurrectionists, why should she run?  I’m sure she views the consequences for the violent attempted overthrow of our government as nothing more than an annoying inconvenience for her lifestyle.  Why not?  It has been so far.

Prosecutors at the DOJ were reluctant to try to go after the insurrectionists because, you know, there were a lot of them and that would be too much work. Besides, the influx would be taxing to the court system, we are told. Funny, that was never a fucking concern about the thousands upon thousands of Black people in jail for petty crimes, like a 36-year prison sentence for stealing bread from a bakery.   There’s tons of examples of this… why not let those people go to make room for the people trying to overthrow the election?

The Philadelphia Inquirer did a profile on the insurrectionists who stormed the Capitol. Most of the people, big surprise, were wealthy from affluent suburbs. Many have good jobs, such as CEOs (like Jenny), accountants, lawyers, and realtors. There were at least six GOP lawmakers. Several of these people arrived in private planes, others on chartered buses.  Many stayed at four-star hotels in DC, as we saw video of the attackers lounging around after the riot, enjoying cocktail hour.

Meanwhile, two Capitol police officers were killed, including one who was bludgeoned with a fire extinguisher. They smeared human feces on the walls. Offices were trashed. The mob literally hunted Mike Pence and Democratic lawmakers.  AOC was almost killed.  Only 13 rioters were arrested on January 6th, and then I hear stories like this about the insurrectionists they did find. A sympathetic judge was actually going to release zip-tie guy in a pretrial release until a more reasonable federal judge stepped in.

We need to have a serious discussion about our coddling of white supremacists in this country. These aren’t blue collar “economic anxiety” “regular” Americans, they are mostly affluent, entitled, privileged upper class people who think consequences don’t matter for them. They are all DOMESTIC TERRORISTS, and the biggest threat to democracy in this country. They achieved what ISIS never could, a direct assault on our elections and our freedoms.

It’s high fucking time we treated them as the terrorists they are.

We can start by not letting them go on Mexican vacations after they are finally caught. 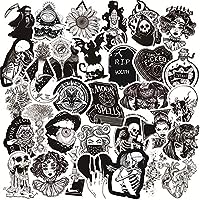