Individual-1 cannot learn that his rage tweeting might have consequences, even after a disastrous Friday of testimony where a GOP stunt failed at the House Intelligence committee hearings.

You really should take Sundays off from witness tampering🐮 https://t.co/Sq2RhkugGO

President Donald Trump on Sunday lashed out at a State Department employee who is set to testify publicly this week before lawmakers, the latest in a series of social media attacks made by the President against those cooperating in the House impeachment inquiry.

Jennifer Williams, an aide to Vice President Mike Pence and a career foreign service officer, is scheduled to appear before the House Intelligence Committee on Tuesday. In his Sunday tweet, Trump resurfaced an unfounded accusation he has raised against other officials who have testified in the probe, characterizing Williams as a Never Trumper and associating her with other “Never Trumpers.”
Tweeting a day after Williams’ earlier, closed-door testimony was released, Trump urged Williams to “read BOTH transcripts of the presidential calls.”
During a closed-door deposition earlier this month, Williams told lawmakers she was in the White House Situation Room listening to Trump’s July 25 phone call with Ukrainian President Volodymyr Zelensky in real time and reviewed a transcript of Trump’s April call prior to Pence’s own April call with Zelensky. Williams also listened to a second call between Pence and Zelensky, which took place on September 18 after the hold on security assistance was lifted.
Trump’s July 25 call is at the center of the impeachment inquiry, in which a whistleblower complaint alleges Trump asked for dirt on former Vice President Joe Biden, a 2020 presidential rival, and his son Hunter Biden. There is no evidence of wrongdoing by either Biden in Ukraine.
[…]

Williams testified that Trump’s request for specific investigations struck her as “unusual and inappropriate” and “shed some light on possible other motivations” for Trump’s decision to freeze security aid to Ukraine.

This witness intimidation by ⁦@realDonaldTrump⁩
is contempt of Congress.
He could properly be impeached for this alone.

Donald Trump lashes out at Jennifer Williams ahead of public testimony – CNNPolitics https://t.co/bFLrvSPEAe

Utter cowardice by @VP and @VPPressSec. One of your staffers got attacked in public by the President of the United States and you’re too chickenshit to stand up for her at the risk of momentarily upsetting his majesty. Grow a spine. https://t.co/FASx6iTUEM

Let’s also be clear: Tim Morrison is not a career FSO. He is a diehard Republican that is despised by Democratic FP community. He is to the extreme right of the political spectrum. He ain’t a never Trumper. He is a Trumper. And he is blowing the whistle. https://t.co/MzCSlbQt7E

Russians Delighted as Impeachment Confirms Trump Doesn't ‘Give a S–t About Ukraine’:
Putin could not possibly envision a sweeter gift than Ukraine falling away from the West into the welcoming—albeit bloodied—hands of the Kremlin.https://t.co/DdmPLo6L4D via @thedailybeast

“Publicizing false charges of corruption while engaging in corrupt practices is typical of fascist politics.”- @jasonintrator, How Fascism Works (2018)

Doctor, I don’t know how the gerbil got up there. https://t.co/Jw0DbibvHl 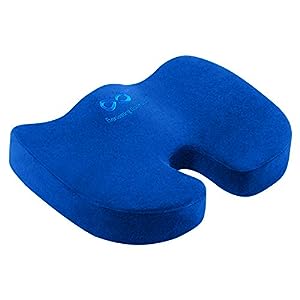