Are We Replaying the French Revolution?

Submitted for your approval (because we are living in the Twilight Zone):

Rebecca L. Spang, a history professor at Indiana University, has a column in today’s Washington Post: What the French Revolution teaches us about the dangers of gerrymandering

Her point is that gerrymandering is one of the things that leads the public to lose faith in democracy, which is what triggered the French Revolution:

While we don’t usually connect the French Revolution or Bastille Day to American gerrymandering, we should. If political institutions come to be seen as unfair, and lose their legitimacy as they did in 18th-century France, change will come about by other, more dramatic, means. Today, as Americans lose faith in their political institutions and democracy, the prospect of more revolutionary change should loom large in compelling us to reform our institutions before it is too late.

But it got me to thinking about other parallels. The French legislature was called the Estates-General, consisting of three branches: Members of the clergy made up the First Estate, titled nobles sat in the Second Estate, and the rest of the country chose the Third Estate. (There was no “fourth estate,” but gradually the free press acquired the title.) The first two estates could always outvote the third one.

No king had called an Estates-General since 1614, but Louis XVI was in desperate need of money which only the Estates-General could provide, so he called one in 1789. I’m not going into the history of what happened and why (see Spang’s article for starters), but one of the triggers of the revolution was the country’s unwillingness to let the Third Estate be chosen using the rules from 1614, which, in Spang’s words, “were badly out of date” and a “rigged system.”

Sounds familiar, no? But what really got me was the description of the three estates. History never exactly repeats itself (though it rhymes — maybe said by Mark Twain). So here is a rhyming version (ok, free verse):

And then add to the mix Trump — a combination of the megalomaniacal Louis XIV (“L’etat, c’est moi”) and the incompetent Louis XVI, who would bungle things so badly (starting with taxes) that he would lose his head. And we are running out of money, just like then. We’re not yet at the point of bread riots, but climate change, plus Trump’s idiotic tariffs, are raising the cost of food a lot.

I haven’t decided what role McConnell plays; the Marquis de Sade, perhaps, but not Robespierre. Y’all are welcome to make suggestions.

And of course there are the countries like England that meddled in the revolution, along with the Jacobins (Tea Party?), the Committee of Public Safety (the RNC, maybe?), and of course the Terror. Let’s just hope we don’t end up with another Napoleon, much less one who once again tries to invade Russia. 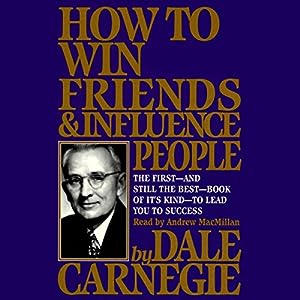