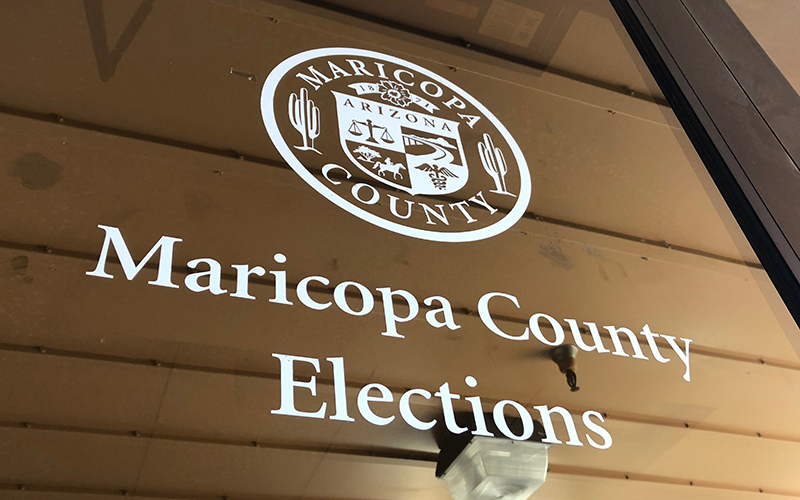 The Arizona (excuse me, Maricopa county only) vote recount was always suspicious. The State Senate (GOP-controlled) insisted on a recount even though county election (4-1 Republican) certified the vote unanimously. And the Republican governor said the vote was fair. And they only wanted the Senate and Presidential votes recounted. AND  they  hired a firm whose CEO was peddling the Big Lie:

So of course the Democrats sued to stop it. This afternoon a county judge halted the proceedings for now:

The county judge paused the election recount over concerns about whether the “auditor” hired to recount selected elections in one county was following state law:

State law requires that only pens with red ink be used in election reviews because optical scanners recognize both blue and black ink, and stray marks could affect the count.

Coury required that the state Senate and Cyber Ninjas file written documentation of the procedures being followed during the audit so he can review them for compliance with state law. And he ordered that audit workers comply with all relevant laws — including that they use only red ink.

Seems an attorney for the Democrats got hold of a tweet from an Arizona Republic reporter who spotted something . . . fishy?

I noticed the counters had blue pens. Supposed to only have red when you’re around ballots since ballots can read black and blue ink.

Those blue pens the counters have could potentially be used to mark the ballots.

I pointed this out to Doug Logan with Cyber Ninjas…