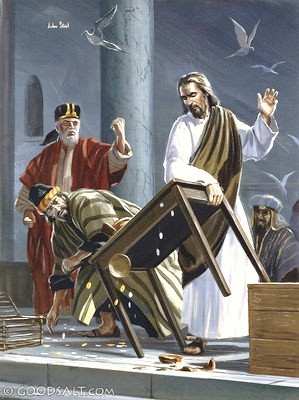 If electoral victory is a mouse to be caught, the color of the cat deployed doesn’t really matter.

Screw inevitability and electability, aphorisms and purity still rule the day in what is now a lively but anxious political season.

Pete Buttigieg recently asserted that Bernie Sanders claims “Capitalism is the root of all evil”. Unfortunately capitalism is not identical with money where the original aphorism is 'The love of money is the root of all evil', which should be enough for us to overturn the tables in the temple. The cinematic meme of “greed is good” is just easier to trivialize than surplus capital accumulation is built on increasing inequality due to control of the means of production.

Even if it is/isn’t good/evil, capitalism remains a historical mode of production, that probably is not the endpoint for some historical beliefs. A Whig history remains a continual straw man for urgent critical practices in the face of reactionary moderation. Everybody “likes” money until it becomes a libidinal obsession like status, wealth, and class standing.

a mode of production (in German: Produktionsweise, meaning “the way of producing”) is a specific combination of the following:

There is a millenialism that irrationally identifies the end of centuries or millennia with the “end of the world”. This is chiliasm rather than hipster chill in a Brooklyn Coffee shop named for a form of labor exploitation, Sweatshop. I await the branding of a spin class site as “Slavery” with a clientele of willing millennials.

This is not unlike misidentifying the end of history with the end of the world. The former is a trope for a historical moment that privileges a kind of modernism which indulges the notion of a heaven on earth, the end point of an inevitable movement to perfecting a material reality centered on enlightenment thought. The problem is that indulging such thought came at a historical price demanded by exploitation and alienation, cultured by divisions in race, gender, and class, all while exhausting planetary resources.

Much like the position of Bullshit philosophy, there is now proposed a Bullshit economy, the commodity form of “speech intended to persuade without regard for truth”. Trumpian discourse is built on such a sign economy.

The Do Nothing Democrats should be focused on building up our Country, not wasting everyoneÃ¢Â€Â™s time and energy on BULLSHIT, which is what they have been doing ever since I got overwhelmingly elected in 2016, 223-306. Get a better candidate this time, youÃ¢Â€Â™ll need it!Ã¢Â€Â” Donald J. Trump (@realDonaldTrump) October 2, 2019

We have endured the more comprehensive bullshit of the financial industry marking corporate progress by manipulated stock prices and air rather than productive advances for society. We had a financial crisis based on bullshitters telling us housing prices would endlessly rise. We have the bullshit of the private equity industry extracting value from companies through the skillful use of debt and other financial engineering, without regard for whether the companies succeed or fail.

The story of Shadow, makers of the app that utterly failed to deliver in Iowa, is a perfect example of the bullshit economy. It starts by being a tech solution to a nonexistent problem. Iowa counties are compact; the largest one has a landmass of 973 square miles, and it’s close to twice the size of the average county in the state. Even there, no major city is more than a 30-minute drive from the county seat, Algona. Even with that ancient technology of the car, you could have each of the 99 counties report final results within a couple of hours of the end of the caucuses.

This is how much each top-candidates donated to Shadow, Inc. Ã¢Â€Â” the app-developer for the Iowa Caucus.

Screenshots are for the only two who spent $ on this app. pic.twitter.com/S9eWNngc1x

Somehow, the Iowa Democratic Party got sold that they needed to improve upon this, to “disrupt” the caucus reporting. Already, the party had to increase what they would keep track of and tabulate, reporting the first set of results before the 15 percent viability threshold, the second set afterward, and how that translated into delegate counts. It wasn’t clear why anyone needed to add another layer of complexity into this with the app. But the app’s backers must have been persistent, getting $60,000—really nothing for the purposes of app development—to design a tool to forward the results to a central repository.

The Iowa disaster is a sign that our economic structures are breaking down, that private enterprise has become a shell game, where who you know matters more than what you can do. The bullshit economy has bled over into politics, with the perfect president but also the perfect amount of grifting and consultant corruption and unbridled tech optimism. This has long been part of politics—anything with that much money sloshing around will invite a little corruption—but the combination of political grift, the ardor for public-private partnerships, and the triumph of ambition over talent has created a fetid stew.

The voters have a rare choice in 2020 to put clamps on the bullshit economy, to end the froth in our financial markets, to put the needs of the people ahead of inflated stock returns and boasts about revolutionizing rental housing or food delivery or juice machines. We don’t have to live in the bullshit economy. We can reject it. Or, we can wait for the app to work and find out who our leaders will be.

We must truly reject the bullshit capitalist economy but only with ruthless criticism of all that exists. We must split Whigs, and wigs if we must.

(43211)
$0.00 (as of May 21, 2022 05:37 GMT -04:00 - More infoProduct prices and availability are accurate as of the date/time indicated and are subject to change. Any price and availability information displayed on [relevant Amazon Site(s), as applicable] at the time of purchase will apply to the purchase of this product.)