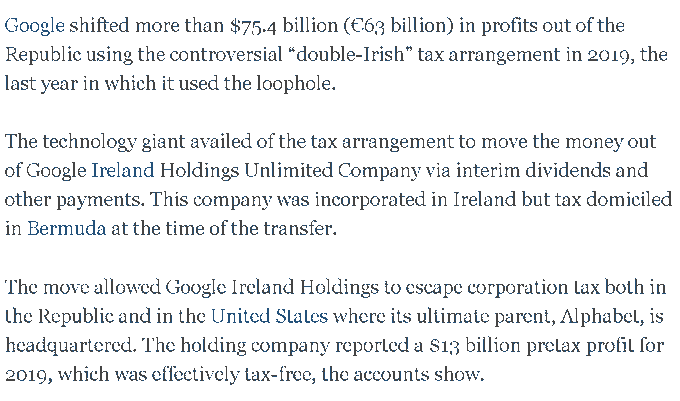 Whether it’s soccer teams or sandwich shops, financialization was there before the pandemic, only making some of its supply-chain hijacking yet another example of an impending capitalist disaster. Re-regulation must remain important as crises loom in the post-pandemic recovery.  A 2017 interview with UMass’s Gerald Epstein points to the need to bring financialization under social control.

(2017) Gerald Epstein: I have defined the term quite broadly and generally as: “The increasing role of financial motives, financial markets, financial actors and financial institutions in the operation of the domestic and international economies.” This definition focuses on financialization as a process, and is quite agnostic on the issue of whether it constitutes a new mode of accumulation or broadly characterizes an entire new phase of capitalism. Broad definitions like mine have the advantage of incorporating many features, but have the disadvantage, perhaps, of lacking specificity….

Another important debate is on the periodization of “financialization.” Is it only a recent phenomenon — say, important since the 1980s? Or does it go back at least 5,000 years, as Malcolm Sawyer has suggested? If it goes back a long time, does it come in waves, perhaps linked with broader waves of production, commerce and technology, or is it a relatively independent process driven by government policy, such as the degree of financial regulation or liberalization? [Italian scholar of political economy and sociology Giovanni] Arrighi famously argued that over the course of capitalist history, financialization tends to become a dominant force when the productive economy is in decline, and when the dominant global power (or “hegemon”) is in retreat. Think, for example, the early 20th century when Great Britain was losing power relative to Germany and the US, and the UK economy was stagnating. This was a period also of a great increase in financial speculation and instability.

In this way of thinking, financialization represents a new phase of capitalism, perhaps one that signals a decline in the power of the hegemonic country, in this case, the United States.

I think the impulse to bring finance under social control and reduce its role and destructive economic and political behaviors is absolutely correct and must be accomplished if we are going to make significant progress on reining in financial instability and other destructive financial practices. To do this, we need to not only re-regulate finance, but also need to develop and spread more public options in finance, what I have called “finance without financiers” — more “stakeholder financial institutions” — banks, savings institutions, insurance providers that are controlled by stakeholders and not shareholders.

One final question: Before the next financial crisis erupts, as it will surely erupt, what signs in the economy should we be looking for in order to predict it?

While it is true that no two financial crises are ever exactly the same, and that massive crises like the one we had in the 1930s and then again in 2007-2008 are infrequent, there are, nonetheless, a few common signs to watch out for.

First, massive increases in private debt in relation to the size of the economy. High levels and large increases in “leverage,” as this debt ratio is called, has been shown to be one clear sign of financial vulnerability.

Second, big asset bubbles, such as we saw in the housing market in 2004-2007, or that we saw in the US stock market in the 1920s, or in tulips in Amsterdam in the 17th century — these can be very dangerous because they are usually fed by massive increases in debt — the first point above — which leads to dangerous interconnections and the building of a financial house of cards.

Finally, complacency. The idea that “this time is different,” we have reached a “new age,” such that bubbles and massive increases in private debt aren’t dangerous this time because of some new invention or strategy … these self-delusional ideas are always present in the buildup to crisis, and are always wrong.

Below are some examples of financialization’s ills.

What the Trumpian subaltern economy looks like now, no different than Ivanka’s trademarks or previous guy’s PRC bank account.

If there's one thing we've learned during the lockdown, where the stock market soared even as economic activity (making and buying stuff) cratered, it's that the finance economy is totally decoupled from the real economy.

Seen in that light, the Gamestop and other meme-stock/stonks bull runs were just more of the same: the movements of the market's fickle, questing line are based on random chance and manipulation, like the movement of the ball on a roulette wheel.

Your Hometown Deli has grossed a total of $35,000 over the past two years. Its only full-time employees are its officers and directors. At least some of its shareholders are in Macau.https://t.co/1AkLZVvcmY

Its president is a local high-school principal and wrestling coach with no apparent food prep or retail experience. His shares are worth over $20m and he appears to be part owner of the company that leases a genuinely ugly building to the deli.

The company's VP is a local high-school math teacher. She and her boss are the company's only full-time employees and draw no salary for their work. Neither does the company's chair, who owns or is involved with mulitple Chinese and Hong Kong finance/private equity firms.

Prior to that, the chair was directing companies in New Zealand, during its period as a notorious money-launderer, heavily implicated in the Panama Papers.

All of this came to light because hedge fund manager David Einhorn raised it in a letter to his shareholders as a cautionary tale about the risks to retail investors. But whatever is going on with this $100m convenience store, it has nothing to do with retail investment.

Its shares barely trade at all. It appears that mysterious people, possibly in China and Macau and Hong Kong, decided to park $100m in a convenience store and got a couple local high-school teachers in on the bit.

So what is to be done:

In a new article, “Theorizing financialization” (open access), Costas Lapavitsas (University of London; Syriza’s adviser and parliament member) writes on the trend to increased financialization as the cause of recent and future economic crises.

The economic crisis erupted in 2007-2008, commonly known around the world as the Global Financial Crisis and in the US as the Great Recession, highlighted – for those who deliberately or unintentionally have in recent years overlooked it – the ascendancy of finance, a process and phenomenon that are often described as financialization. In my view, Financialization refers to the capturing impact of financial markets, institutions, actors, instruments and logics on the real economy, labor, households and daily life. Essentially it has significant implications for the broader patterns and functioning of a (inter)national economy, transforming its fabrics and modificating(sic) the mutual embeddedness of state-economy-society. Financialization is also a key feature of Neoliberalism and, as the latter, it is a state project.

[…]In an accessible manner, Lapavitsas discusses several approaches to financialization and the crisis, paying particular attention to Marxist, post-Keynesian and other heterodox treatments, which have significant overlaps with economic sociology (see Greta Krippner’s path-breaking work “The financialization of the American economy“). On this basis, he develops a theoretical view of financialization as systemic transformation of capitalism with three interrelated features, by drawing on the methodological approach of classical Marxism, especially that of Hilferding, while remaining mindful of the recent crisis. First, large corporations rely less on banks and have acquired financial capacities; second, banks have shifted their activities toward mediating in open financial markets and transacting with households; third, households have become increasingly involved in the operations of finance. The sources of capitalist profit have also changed accordingly.

More mainstream New Keynesian (NK) theory, which is based on methodological individualism, features a supply-side-determined long-run equilibrium, and regards financial crises as caused by exogenous shocks, is amore appropriate foundation.

(Post Keynesian Economic theory)  PK has a focus on the demand side of growth but considers growth as path-dependent, with (Kaldorian) technological progress induced by demand pressures. Together this forms a basis for an analysis of growth models that is more appropriate than mainstream economics for a world characterized by distributional conflict and financial crises.

…PK went beyond Keynes in three respects. First, the neoRicardian and Kaleckian streams drew on the tradition of classical political economy and its class analysis to interpret income distribution as the outcome of social struggles and power relations. In their macroeconomic models, income distribution plays a core role. Second, monetary Keynesians developed further Keynes’s analysis of fundamental uncertainty, liquidity preference, and endogenous money creation. Hyman Minsky formulated this into the financial instability hypothesis of endogenous financial cycles… Third, Kaldor’s argument of cumulative causation clarified mechanisms by which supply constraints adjust to demand pressures over longer periods. PKE formed a distinct school of thought in the 1970s when, under the monetarist and New Classical counterrevolution, mainstream economics narrowed theoretically and methodologically as post-Keynesians rejected the requirement of rational behavior microfoundations for macroeconomics.

…The PK focus on financial instability, persistent involuntary unemployment, and the possibility of wage-led growth allows a broader set of policy proposals that may include QE for the people, growth via public development banks, job guarantee programs, substantive redistribution, and state-led innovation and decarbonization policies.

Financialization of the Economy | #NoamChomskyhttps://t.co/1NmYXdKdm5

Today Philip Mattera’s open-access, searchable “Violation Tracker” provides a wide-ranging record of financial penalties, such as fines and settlements, incurred by companies and nonprofits operating in the U.S. from 2000 to the present. The data is taken from more than 300 sources, including federal and state agencies and state attorneys general.

Chart: The biggest corporate fines of the past 20 years https://t.co/eyysTuI7YW