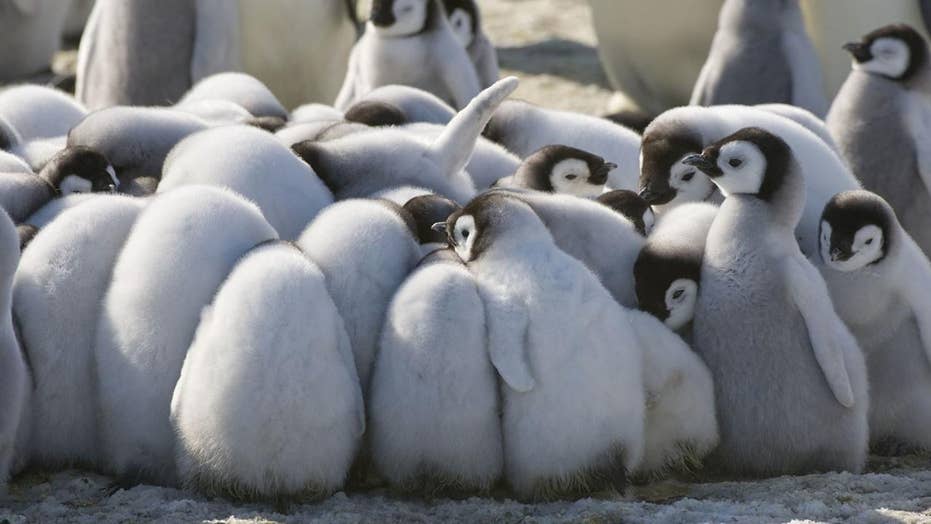 Very little is known about rainfall in Antarctica; precipitation falls as snow on the bitter cold ice-covered continent. But during the austral summer of 2013-2014, an Adélie penguin colony near Dumont d’Urville station on coastal Adélie Land experienced “unusual and dramatic rainfall event that occurred on January 1, 2014, and that was responsible for the death of all chicks, whose downy plumage has little waterproofing ability”.

Approximately a thousand miles away, the enormous Ross ice sheet was preconditioned for melting after heavy rainfall in 2016. Intense melting occurred over the softened ice by ‘strong and sustained advection of warm oceanic air.

As the AGU study introduction noted – during the first days of the Ross glacier melt event, ‘rainfall significantly preconditioned the snowpack by increasing its temperature due to latent heat release from water freezing and contributed to extending the melting. Such a phenomenon has been frequently observed over Greenland (Doyle et al., 2015) but is quite rare in Antarctica’.

The phase of Antarctic precipitation can directly impact the surface mass balance of the ice sheet through modulation of the surface albedo (Kirchgäßbner, 2011). Liquid precipitation can also accelerate the retreat of glaciers by physically eroding the ice or through hydrofracturing when associated with intense surface melting (Pollard et al., 2015). Moreover, non‐frozen precipitation falling on frozen surfaces or rocks can directly run off, increasing the fresh water influx into the ocean or into lakes and ponds such as in the Schirmacher Oasis in Queen Maud Land (Kaur et al., 2013). Albeit infrequent, liquid precipitation events can therefore have serious impacts on the fauna and ecosystems, on the climate, and on the mass balance of the Antarctic.

In the Arctic, the largest contribution to the future precipitation increase is predicted to come from rainfall (Bintanja, 2018; Bintanja & Andry, 2017). In the Antarctic, the total precipitation amount over the ice sheet is expected to increase in the coming century (Palerme et al., 2017), but we do not know if and how much the phase of precipitation will change. Overall, very little is known about rainfall occurrence and amount in Antarctica as well as its future evolution.

Most of the precipitation Antarctica gets is snow. Rain is unusual, and when it does occur, it’s usually on the continent’s coasts. The new study estimated rain falls up to four days per year on average over the coast of eastern Antarctica and more than 50 days on average on the northwestern Antarctic Peninsula.

Last year, unusually warm weather melted the most ice across the continent of Antarctica in a single day out of any day in recorded history: https://t.co/i06f8C9IqL

15% of the continent's surface melted.

We are in a #climate emergency. There is no planet B. #ActOnClimate pic.twitter.com/QljTbgteEx

From the AGU presser:

But the researchers also wanted to see what would happen in the future. They combined this climatology of past rainfall with seven available future climate scenarios outlined in the CMIP6 by the World Climate Research Programme, an international program that helps to coordinate global climate research. The results showed how rainfall might change in the different scenarios through 2100. No matter which scenario they ran, the models showed the same trend.

Increasing rain could have dire consequences for the penguins that nest along the coasts. But it could also impact sea level rise, as rain might enhance the melting and breakup of ice shelves, particularly the Ronne and Ross ice shelves in western Antarctica.

“Rainfall can enhance the melting of the snowpack,” Vignon said.

The findings have relevancy for possible impacts like ice sheet melting and instability, resulting in rising sea levels, according to  Richard Bintanja, a professor of climate and Environmental Change at Groningen University in Netherlands who was not involved in this research but who has studied rainfall in the Arctic.

“All and all, that rain will increase in a warming climate should be of no surprise to anyone, but the magnitude at which this occurs on such a cold continent is of interest,” Bintanja said, adding that.

More than a third of the #Antarctic's ice shelf area could be at risk of collapsing into the sea if global temperatures reach 4°C above pre-industrial levels, new research has shown. https://t.co/Ja1zZ77eDd #OneOceanOnePlanet @UniRdg_Met @UniofReading

(51650)
$17.62 (as of May 21, 2022 12:01 GMT -04:00 - More infoProduct prices and availability are accurate as of the date/time indicated and are subject to change. Any price and availability information displayed on [relevant Amazon Site(s), as applicable] at the time of purchase will apply to the purchase of this product.)