Matt Bevin may no longer be governor of Kentucky, but you can always count on Kentucky Republicans to do what is best for their constituents. /s.  Republicans control both houses of the state legislature, and guess what two issues they are promoting out of the starting gate for this year?  Given the plethora of terrible things Republicans support, I will cut to the chase:  stopping sanctuary cities and voter fraud.

A bill that would require government workers to act as border patrol agents and enforce federal immigration laws and prohibit sanctuary cities in Kentucky!

Folks, this is not the most important issue in our state. Not even close.

Give state Senate President Robert Stivers a Stradivarius. At least he'll be able to make beautiful music as our beloved commonwealth burns.

And the Senate’s #2 priority?

Requiring people to flash a photo ID before they vote.

As James Gerth points out, here are the other problems in the state of Kentucky:

According to U.S. News and World Report rankings, we’re 44th in health care, and it would be worse if former Gov. Steve Beshear hadn't expanded Medicaid to hundreds of thousands of working poor.

The magazine ranks Kentucky 45th in fiscal stability, presumably because of our billions of dollars in pension liability.

One survey says we’re the sixth dumbest state in the country based on our percentage of high school and college graduates.

Child abuse is rampant. We have the highest cancer rate in the nation.

And that is just to name a few of the pressing problems in Kentucky.

Instead, Kentucky Republicans want to battle hordes of immigrants who have invaded Kentucky — yeah, only about 50,000 undocumented immigrants live in KY, and they want to fight voter fraud.  Gosh!  I wonder what those two issues have in common?

Gerth doesn’t go into that obvious link between the two burning issues, but he does point out that another link is that neither of these Republican non-issues costs money.  All those other problems require poor Kentucky to raise some revenues, and Republicans are adamantly against raising taxes.  And Republicans are deadset against approving two other avenues for raising revenues — legalizing gambling casinos and marijuana.  Democrats are for legalizing gambling and marijuana and taxing both.  But Republicans sneer at these ideas out of “morality.”

Too bad many of those same Republicans get campaign donations from casinos in INDIANA to keep Kentucky casino free.

As for weed, Republicans are still watching “Reefer Madness” as a hard hitting documentary on the evils of smoking weed.

This is what you get when you live in a socially backward state.  And I can throw stones because I was born and raised here.  Things could be worse.  Matt Bevin could still be governor. 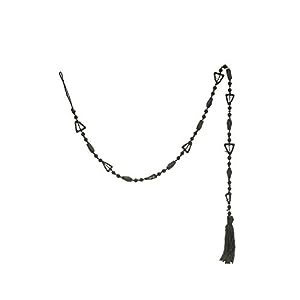