another idiotic Trump presser at the 19th hole: more lies in advance of killing social security

Another stunt to keep Trump in the news on a Saturday, because he’s losing.

Yesterday’s presser at his golf club was such a joke, this one shouldn’t even be covered, since it’s really coordinated with a Trump fundraiser. Wimp of Wall Street.

No, Democrats aren’t cheating in the election by negotiating a relief bill

No, Trump isn’t a pioneer in protecting people with pre-existing-conditions

No, the virus isn’t “disappearing” https://t.co/gjnz6twVgF

The pool has been swept and is now at Bedminster ahead of our second news conference of the weekend. We had our temperatures taken at the club.

There was a brief pause during our drive onto the property to make way for a herd of goats that live here on Trump’s property.

Will keep you posted on timing for the presser

This is an incredible level of corruption. The White House, at taxpayer expense, is having an official presidential event for people paying the president's business hundreds of thousands of dollars. Again. https://t.co/l2Xyp84jZC

Trump calls his taxpayer-funded press conference a “political activity” to justify his club members not wearing masks. You’re paying for him to campaign at his golf club while endangering public health. pic.twitter.com/tH86ayUml5

160,000 Americans have died and millions are unemployed and dipshit is showing off for his country club members.

Trump is losing. A great and broad political coalition is coming to repudiate his incompetence, malice and stupidity. He is cornered. The Great MAGA empire is reduced to a ballroom at a golf club in NJ. TRUMP has failed. America is wrecked. 162,000 dead. He will lose

#Kodak deal with US government to produce pharmaceuticals appears to be on hold.
=
The US DFC tweeted that ‘recent allegations of wrongdoing raise serious concerns’. The President of The United States is involved in open market manipulationhttps://t.co/dl4Xyja0MG

These are here so Trump benefits from calling his golf course a farm:

President Trump's animosity toward the U.S. intelligence community has forced intelligence officials to walk a fine line between serving the president and maintaining the integrity of their work. An exclusive report in @NYTMag by @DraperRobert. https://t.co/h4iuQvzn8L

Watch out for a typical Trump trick:

He’ll pretend to seek a delayed election and, when that fails, he’ll claim the undelayed Nov 3 election failed to make a choice, thus triggering state legislatures’ power under 3 USC §2 to name their own electors. https://t.co/RpCzMs2XHC

Announces two VA bills, goes to boilerplate on Executive Order, goes to campaign speech yammering, Trump has apparently not read the text before says a couple times “you know what we’re talking about”.

Claims Biden has gone “further left than Bernie” does a riff on voter fraud and voter-ID.

Trump is playing to his country club buddies.

Trump brags about his crowds in Fl. “Fake News”

Trump goes for the usual name calling. riffs on southern border wall (only 3 miles are new)

Claims release of inmates and illegal immigrants will be sent to Portland. (weird segue) “I honestly believe that they (Dems) don’t love our country”

Trump is tired of reading.

Trump is now doing stand-up for his country club buddies  — stooges laugh at attacks on media.

Does all kinds of chicken-in-pot promises with executive order. This was a coordinated move with the GOP Trump hasn’t read the text, $400/week

(Essentially, yesterday Trump previewed things that had yet to be written yesterday- today is the signing ceremony)

More tax-cuts because Trump wants that recession to get worse.

Trump doesn’t know the difference between headwinds and tailwinds.

Trump has no answer

Trump: “everyone wants it”

Q: when will this be implemented?

Q: this will be tied up in the courts

Trump: “if we get sued, maybe people don’t want to get the money”

Q: That was a false statement sir

Dues paying club members (presumably) given access to room where the president will make remarks and sign an executive order. This is a WH organized official government business event. Not a campaign event. pic.twitter.com/rrv9uhv7Hb

President Trump just claimed if re-elected he may eliminate the payroll tax. He can’t do that on his own but also keep in mind that payroll taxes fund social security and Medicare.

Defunding Social Security and Medicare is quite a campaign slogan. https://t.co/2TbbCGbIEZ

There were four pens out but he signed all the executive orders with the same one. pic.twitter.com/d0Gy4hx3Os 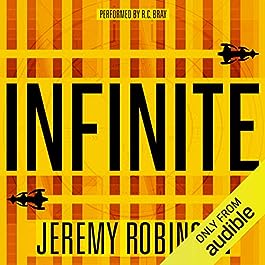