Tony Schwartz, who wrote Art of the Deal all by himself before Donald Trump risibly claimed he’d written it, tried to warn us before the election about Trump’s peerless ego and incompetence.

And now another ghostwriter, Charles Leerhsen, who wrote Trump: Surviving at the Top for the future global laughingstock, is letting us know just how deeply stupid and incompetent Trump is and was.

In a column for Huffington Post, Leerhsen springboards off the recent bombshell report that Trump lost a billion dollars in a decade with a few anecdotes illustrating Trump’s unfitness for any job that doesn’t primarily entail upselling people on beverage sizes.

The entire thing is worth a read, but this part is simply HI-larious:

A real go-getter, right? But Trump’s portfolio did not jibe with what I saw each day — which to a surprisingly large extent was him looking at fabric swatches. Indeed, flipping through fabric swatches seemed at times to be his main occupation. Some days he would do it for hours, then take me in what he always called his “French military helicopter” to Atlantic City — where he looked at more fabric swatches or sometimes small samples of wood paneling. It was true that the carpets and drapes at his properties needed to be refreshed frequently, and the seats on the renamed Trump Shuttle required occasional reupholstering. But the main thing about fabric swatches was that they were within his comfort zone — whereas, for example, the management of hotels and airlines clearly wasn’t. One of his aides once told me that every room at the Plaza could be filled at the “rack rate” (list price) every night, and the revenue still wouldn’t cover the monthly payment of the loan he’d taken out to buy the place. In other words, he’d made a ridiculous deal. Neither he nor the banks had done the math beforehand. Or perhaps Trump knew it because someone had told him, but didn’t want to think about it. The one thing he is above-average at is compartmentalization.

Leerhsen also says Trump would often sit around his office chewing the fat while his businesses bled capital. He’d talk about baseball and Marla Maples, and spin obviously untrue yarns, one of which involved his seeing a beautiful, naked woman on the street. Because that happens all the time. (It’s also the kind of story a 9-year-old kid would tell a 6-year-old kid at a birthday party.)

And how do I know Leerhsen is telling the truth about his time with Trump? Because he clearly knows his muse. Oh, does he ever:

One day he told me a sobering story about seeing a homeless person on the street and realizing that man was better off than he was because the homeless man had nothing while he, Trump, had less than zero. Because Trump doesn’t ever walk down the street, would never notice a homeless person if he did and the story involved a degree of introspection, I knew it couldn’t be true and that he was probably parroting something he’d heard someone else say. Still, I included it in the revised introduction.

Yo! Dear F*cking Lunatic: 101 Obscenely Rude Letters to Donald Trump  and its breathlessly awaited sequel Dear F*cking Moron: 101 More Letters to Donald Trump by Aldous J. Pennyfarthing are now available at Amazon! They help support my writing and feed my dog. He doesn’t eat much, which is why I can offer these magnum opuses for the absurdly low price of $2.99. Get ‘em while they’re (scorching) hot. Thank you! 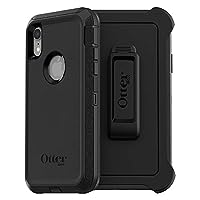