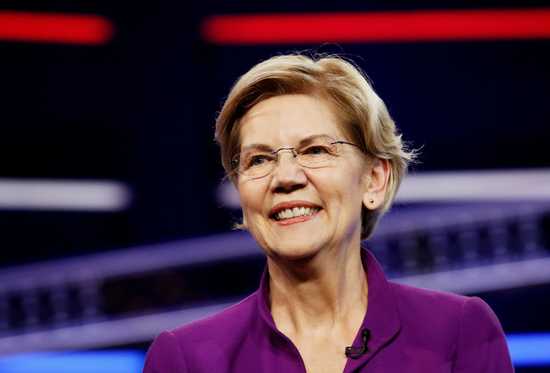 We all know the upcoming national election will be one of the most consequential of our time. Like most of you, I have been thinking about who I will support, and why.

My choice has been between Bernie Sanders and Elizabeth Warren. I voted for Bernie in 2016, and continue to admire and appreciate his fierce advocacy for Medicare for All and much more.

But 2020 is not 2016. In 2020, I’m with Warren. We need bold policy and advocacy — and we also need a president who can actually govern. A president who understands and can operate the levers of influence. A president with the skills and temperament to push, to pull, to exercise power and to build power around her.

Elizabeth Warren is that president.

Since you've already endorsed her, can you forward this to your friends? Ask them to join me and give Elizabeth Warren their personal endorsement. Have them click here.

Then, donate to Elizabeth Warren's campaign.

And, help her win by calling voters or texting them from your cell phone.

Elizabeth Warren has clearly demonstrated the intellect and vision to develop bold policy. But she also shows that policy is more than an intellectual exercise for her. She feels, deeply and authentically, the individual struggles experienced by working people, and connects those struggles to the structural inequities and power imbalances that permeate our economic system. She understands and feels, deeply, the structural racism that permeates all our systems, and has put racial justice front and center in all her policy proposals — from criminal justice to housing to combatting the climate crisis.

And she has also demonstrated the skill, the toughness, and the resilience to actually implement policy. Without any previous experience in federal government, Warren muscled through the creation of the Consumer Financial Protection Bureau, in the face of staunch opposition from the Republicans and pushback from the Obama administration as well. She is both steadfast to her broad vision and flexible enough to incorporate other ideas and opinions.

In the words of the Des Moines Register, which, on the eve of the Iowa primaries, has endorsed Warren:

“Elizabeth Warren is the president this nation needs.”

Then, donate to her campaign here.

And, help her win by calling voters or texting them from your cell phone.

Click here to donate to keep the ads going.