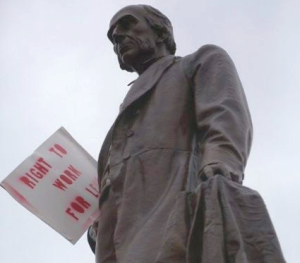 In their neverending quest to screw over workers to benefit employers, Republicans in Michigan are now turning their attention to those making minimum wage. A bill that would lower the minimum wage by 15% for those under 20 years old was passed out of the Senate Commerce Committee today.

Since being evicted from the White House by the American people fourteen months ago, Donald Trump has desperately struggled (and...

Strong black women have surrounded me for most of my life. I cannot speak, personally, to accomplished women of other...

Senator(s) Josh Hawley, Ted Cruz, and Tom Cotton wasted well over an hour of the public’s time yesterday. Instead of...