Biden has enough electors. Now all Trump has to do besides trying to compel GOP governors to overturn their elections is bribe some “faithless electors”.

…the hidden mechanics of electing a U.S. president have drawn new scrutiny this year as President Donald Trump continues to deny Biden’s victory and pursues increasingly specious legal strategies aimed at overturning the results before they are finalized.

Although it’s been apparent for weeks that Biden won the presidential election, his accrual of more than 270 electors is the first step toward the White House, said Edward B. Foley, a law professor at Ohio State University.

“It is a legal milestone and the first milestone that has that status,” Foley said. “Everything prior to that was premised on what we call projections.”

The electors named Friday will meet Dec. 14, along with counterparts in each state, to formally vote for the next president. Most states have laws binding their electors to the winner of the popular vote in their state, measures that were upheld by a Supreme Court decision this year. There have been no suggestions that any of Biden’s pledged electors would contemplate not voting for him.

Results of the Electoral College vote are due to be received, and typically approved, by Congress on Jan. 6. Although lawmakers can object to accepting the electors’ votes, it would be almost impossible for Biden to be blocked at that point.

Trump and his allies have also raised the far-fetched notion that Republican state legislatures in those states could appoint a rival set of electors pledged to Trump.

But state Republican leaders have rejected that approach, and it would likely be futile in any case. According to federal law, both chambers of Congress would need to vote to accept a competing slate of electors. If they don’t, the electors appointed by the states’ governors — all pledged to Biden in these cases — must be used.

The last remaining move to block the election would be the quixotic effort to vote down the electors in Congress.

This is the dumbest shit I’ve ever seen. Truly. He lost. This is fucking stupid. All of it… pic.twitter.com/A0yNbHTwBQ

If this happened in Tbilisi instead of Atlanta, the United States would organize an international coalition to condemn it. https://t.co/WTUU3YeNZO

Reminder for Trump: Georgia law prohibits the governor from interfering in elections. The Secretary of State, who is an elected constitutional officer, has oversight over elections that cannot be overrriden by executive order. https://t.co/iHeCoHIdNY

President Trump called Georgia Gov. Brian Kemp (R) on Saturday morning to urge him to persuade the state legislature to overturn President-elect Joe Biden’s victory in the state and asked the governor to order an audit of absentee ballot signatures, the latest brazen effort by the president to interfere in the 2020 election.
Hours before he was scheduled to hold a rally in Georgia on behalf of the state’s two GOP senators, Trump pressed Kemp to call a special session of the state legislature for lawmakers to override the results and appoint electors who would back the president at the electoral college, according to two people familiar with the conversation, who spoke on the condition of anonymity to describe the private call.
Trump also asked the governor to demand an audit of signatures on mail ballots, something Kemp has previously noted he has no power to do. Kemp declined the president’s entreaty, according to the people.
www.washingtonpost.com/…

This sentence still stuns even tho we know it: “The president barely shows up to work, ignoring the health & economic crises afflicting the nation & largely clearing his schedule of meetings unrelated to his desperate bid to rewrite the election results.” https://t.co/xaFNoi9zMq

In his last effort to psychologically profile a leader, Jerrold Post trained his expertise on Donald Trump. In “Dangerous Charisma,” co-authored with Stephanie Doucette, Post described Trump as a destructive charismatic leader with the traits of a classic narcissist — such as grandiosity, lack of empathy, hypersensitivity to criticism and no constraints of conscience. But Post also probed Trump’s symbiotic relationship with his followers, and theirs with him.

“The dangerous, destructive charismatic leader polarizes and identifies an outside enemy and pulls his followers together by manipulating their common feelings of victimization,” Post said in a December 2019 interview.

Were he to lose the election, Post said a year ago, “I think we can be assured that he will not concede early. Trump may not even recognize the legitimacy of the election.”

As if Mussolini went down citing the great pollster John McLaughlin. https://t.co/RWZHLCDXKG

The FBI has labeled QAnon a terrorist organization, so the media…shouldn't cover it?

For the record, this is the offending camera. pic.twitter.com/t0Ru1cJkmL

This might be the best piece @heathergtv has ever made about #WeirdoTrump. Absolutely brilliant. pic.twitter.com/IwSxql8pvQ 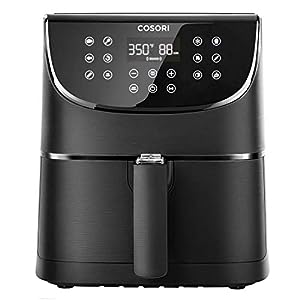