You had the grace to hold yourself, while those around you crawl    Candle in the wind    Elton John

After more than a month of intense emotional turmoil, I hope this letter finds you and your family in a better place, back safe and sound in your own home, and beginning the process of healing and resuming a normal, more calm and placid life. But in the upheaval of the last month leading up to your testimony before the Senate Judiciary Committee, and its aftermath, there is something that I thought you should know.

Thursday night, Rachel Maddow led off her show on MSNBC by recounting the tortures you endured in deciding whether to come forward and testify to the committee or not. In detail, she described that you yourself foretold what would happen to you if you stepped into the limelight, and that you even expressed your fear publicly, in your opening statement, when you said, “The nearer it came, the more I feared that if I testified, my single voice would be drowned out by the voices of powerful supporters.” She said that you knew that this would happen, yet you came forward. And it happened. But Rachel Maddow was wrong, and so were you.

Your single voice was not drowned out by the chorus of powerful voices supporting Brett Kavanaugh. Your voice sang through as loud and clear as Gabriel's horn. In fact, your quiet, dignified voice did something I have never seen any man do, in 40+ years of following politics, it got 11 pompous, powerful, arrogant, overstuffed male Republican Senators to shut the hell up, and instead cower behind a woman they brought in for the sole purpose of dealing with you, lest they embarrass themselves, trying to match your quiet dignity and respect.

Good lord, you were heard. And you were believed. In your quest to restore your normal life, I sincerely hope that you had the time to watch at least a few minutes of the news, to see the demonstrations in cities across this country. Hundreds of people in the streets, with raised voices and signs, loudly proclaiming that we heard you, and that we believe you.

More than 100 women dropped everything in their lives, and journeyed across four time zones, from Alaska to Washington DC, just to make sure that their Senator, Lisa Murkowski, learned first hand that they heard you, and believed you. She met with them, and she heard them. And it made her the only Republican Senator to vote against Kavanaugh.

More than another 100 women rode a bus all night from Maine to Washington, to make sure that their Senator, Susan Collins, learned that they too heard and believed you. Senator Collins was too busy working on the love sonnet to Brett Kavanaugh that she would read on the Senate floor, and palmed them off on her staff. If she had taken the time to talk to them instead, quite possibly Brett Kavanaugh would not be confirmed, and she would not have unknowingly sown the seeds of her own defeat in 2020.

In closing, we sincerely thank you for your grace, your dignity, and the incredible courage and sacrifice of both yourself, and your family. What is important for you now is that you restore your lives to a sense of peace and normalcy, please take whatever time is necessary to do so. But, please remember this too. We heard you, and we believe you. You don't answer to the powerful, pompous men of the Senate Judiciary Committee, but they answer to us. All of us. And we've got your back. 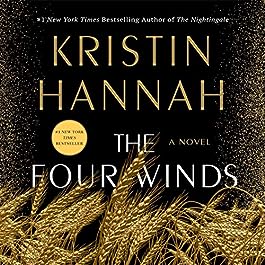