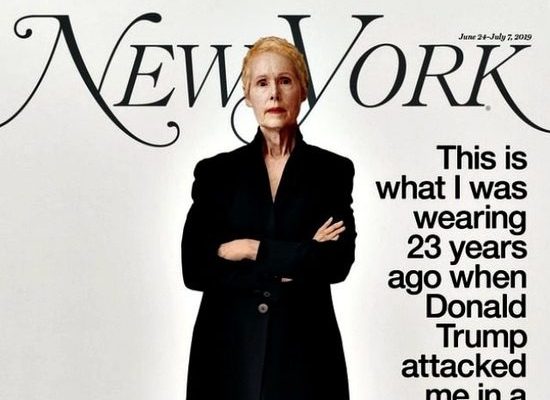 Stunt for stunt. In the age of Trump the price of revealing the origin of DNA could be set at $130,000 an event.

If you had Donald Trump’s DNA, what would you do with it?

The idea isn’t as outlandish as it may seem: An anonymous organization called the Earnest Project is offering the chance to own DNA samples of a handful of world leaders and celebrities. The group claims it has surreptitiously collected items discarded by attendees of the 2018 World Economic Forum in Davos, Switzerland, that may contain their DNA. President Trump, French President Emmanuel Macron, German Chancellor Angela Merkel, and Elton John all attended the conference.

Now that genetic testing is getting cheaper and companies are developing hand-held DNA sequencing devices, it’s no longer a far-off possibility that someone could take your DNA, get it analyzed, and use it against you for blackmail, extortion, or discrimination.

They allege they now possess waste with the DNA of various powerful people and are offering them for sale in something called “The Davos Collection” ($1200-$3000 for a hair, wine glass $65k, etc.
2/
They say they were planning on auctioning the collection on Feb 20, but postponed due to unspecificed legal issues.
US genetic privacy law is narrow and largely toothless, meaning that if the collection is real, it's probably legal to sell.
3/
The samples could reveal paternity of secret children, susceptibility to some diseases, etc. Much of the potential risk of genomic leakage (things like “intelligence genes” or claims about racial identity) are bullshit promoted by the genomics-for-profit industry.
4/
But for the real risks, there's the additional problems that accrue to any biometric leakage, which is that you can't change your biometrics. If your genome ends up leaked all over the internet, you can't get a new genome to replace it. If you think password leaks are bad…
5/
It's been 12 years since CCC members published German interior minister Wolfgang Schauble's fingerprints, lifted from a water-glass at a panel — Schauble was a prominent advocate of a national biometric identity scheme.
wired.com/2008/03/hacker…
6/

3 years ago, Martin Shkreli went to jail for calling on his followers to steal hair from Hillary Clinton's head, with vague threats to do something with her genome.
7/

Presumably he planned to subject it to modern phrenology to announce that she was a mere 3% Viking or could not attain an IQ over 75.
nytimes.com/2017/09/13/bus…
8/
The prank/stunt does open a fascinating dialog about what comes next. Will this stampede the wealthy and powerful into passing meaningful genomic privacy laws? Ill-considered ones? Or just legal precedents that say the rich can sue to protect their genomes but the rest can't?

Cloning a Trump might eventually be possible, but who would want one.

(51632)
$17.62 (as of May 21, 2022 07:25 GMT -04:00 - More infoProduct prices and availability are accurate as of the date/time indicated and are subject to change. Any price and availability information displayed on [relevant Amazon Site(s), as applicable] at the time of purchase will apply to the purchase of this product.)