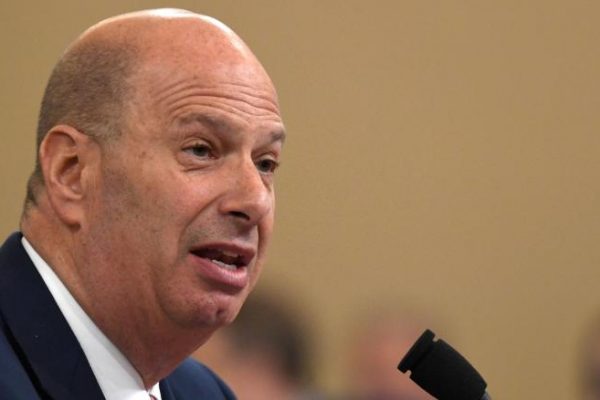 Apparently Sondland did more perjury yesterday, aided by Tim Morrison, as this tweet thread by Susan Simpson reveals. Perhaps if supporting materials weren’t being withheld, we could “get to the bottom of it”. Trump’s dramatic reading is simply another audition tape for the Masked Singer. The Gordon problem continues, much like his and Volker’s bogus claim that they didn’t know that Burisma was code for Biden(s).

I just realized that, for whatever reason, Sondland got his testimony about his "no quid pro quo" call with President Trump wrong. He testified that the call took place on September 9th, but that can't possibly be true.

“I want nothing, I want no quid pro quo.”

(22298)
$179.00 (as of May 18, 2022 21:49 GMT -04:00 - More infoProduct prices and availability are accurate as of the date/time indicated and are subject to change. Any price and availability information displayed on [relevant Amazon Site(s), as applicable] at the time of purchase will apply to the purchase of this product.)