In the 1960s and 1970s, the pre-Twitter meme of its’ day was “America, love it or leave it.” Racism, protest to the Vietnam war and women’s rights were at issue. Like an abused spouse, dissent was stifled with a swift smack to the face of free speech. Back then, the American “patriots’ idea of loving the country was having you cower in the corner hoping to avoid a beating. Once again, while Democrats waste time defending the already ‘defensible’ namely the exercise of democratic free speech between Speaker Pelosi and the so-called “Squad,” Donald Trump, over the weekend, inferred love it or leave it to four American Congresswomen.  One is a naturalized citizen [Ilhan Omar] and the other three were born in America and not a peep of objection came from Republican Party leadership.  By the way Mr. Trump, maybe you should leave and give Rep. Sharice Davids (D-KS) her country back

Therein lies the biggest difference between modern-day Democrats and the stuck in time Republican party. Pelosi, when asked to comment on the controversy between herself and Rep. Alexandria Ocasio-Cortez, Ms. Pelosi tried squelching the press frenzy with a declarative statement, “But I'm not going to be discussing it any further,” Pelosi said. “I said what I'm going to say.” Pelosi still recovering from an ill-advised earlier reaction looked to take the high road.  Mr. Trump, on the other hand, does what he does best when controversy hits, search out the nearest gutter and wallow in racial animus.

As a man of color, myself, my biggest disappointment is not the expected sheep-like behavior of white Republicans, but where are the Republicans of color who support Trump, who told me and others like me that the President is not a racist. From the serious to the absurd, Republicans and Republican-leaning people of color like Steve Cortes, Candace Owens, Senator Tim Scott (R-SC) and artist Kanye West, who said his MAGA hat made him feel like “Superman” and Trump was the father-figure he never had,  are conspicuously silent.

Of course, a lot of this is orchestrated by Donald Trump to distract from the fact that he has been credibly accused of rape. He had a partying friendship with an accused child rapist [Jeffrey Epstein], is holding children in squalid conditions at the border, gouged the working man with a for the rich tax cut and tariffs, and sold out America to the Russians, the North Koreans the Saudi Arabians and other members of the world’s despotic community.

A lot of innuendoes have been either misconstrued or levied at white Democrats lately with the stench of racism attached. Those accused of leveling these charges have plainly stated that they do not believe Joe Biden or Nancy Pelosi are racist, but the media catnip is too alluring for the press to resist amorously biting at the bait. The difference between Rep. Ocasio-Cortez defending her right to speak as a person of color and Pelosi exhibiting the leadership of her caucus is a far cry from being told to go back from where you came,  “Why don’t they go back and help fix the totally broken and crime infested places from which they came,” said Mr. Trump.

“First they came for the socialists, and I did not speak out—because I was not a socialist.

Then they came for the Jews, and I did not speak out—because I was not a Jew.

Then they came for me—and there was no one left to speak for me.” – Martin Niemöller 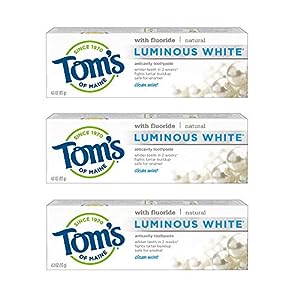