Back in September we had a telephone conversation with two men in Tikrit related to observance of Eid al-Adha. This holiday involves obtaining a meat animal, sacrifice/butchering, and distribution of meat to family and to the poor. During the American occupation these actions involved personal risk, often as not. With ISIS in the game, what was going to happen?

Contrary to what I'm reading in today's media, word then was that ISIS had been defeated in July. The main body of the Attack Group that had killed the air force cadets/trainees had been destroyed. The most that ISIS had accomplished for the long term was infiltrating some surviving fraction of that Attack Group into the Sunni neighborhoods on the west and southwest edges of the city. (Welcome to Beirut!)

Consider this image from day before yesterday:

The tag on the image says it's Asa'ib Ahl al-Haq (AAH) firing the gun. Accompanying descriptions say it's located at Qadisiya in Tikrit. Well, just to start off the analysis those are Iranian uniforms. We've never seen AAH wearing them. Ever. And Qadisiya sounds right on the money because that soccer field is right across the road from the Al Asad/Speicher air base. That's Qadisiya.

The central command-and-control for Gen. Suleimani's coalition has run its technical operation out of Al Asad/Speicher all along. Where else?

They're firing 155mm rounds into the southwest section of Tikrit. So here's the map for what's where and who is getting hammered.

There's also video around depicting what appears to be Badr Peace Brigade firing light mortar rounds in the general direction of southwest Tikrit. They might get close enough to draw return fire. Feed the RADAR system. Etc.

The red line for ISIS control is simply wrong. And here's Iraqi Security Force blazing away with an American M198. ISIS captured 58 of these M198s. For whatever reason, so far, ISIS haven't figured out how to get them to play dragon.

ISF are working this one from down in the river basin. That's east of the part of Tikrit that's getting hammered.

Kills everything within a 50 meter radius, tears it up for 100 meters. So let's hope that the poorer Sunni residents of Tikrit run for their lives.

ISIS ??? OK. Maybe there's a hundred ISIS in there. A couple hundred, tops? And give the artillery a week and that whole part of town is history.

No Americans ??? You betcha.

Lots of the important people are on America's terrorist list. They helped fight the Americans whose oil grab caused 1,455,000 deaths in Iraq. Now they fight ISIS. Same difference. They even fight against the Saudi/GCC proxies causing all that trouble up in in Syria. (Calling it “Free Syrian Army” didn't change the spots on Syria's Muslim Brotherhood or later al-Qaeda/al-Nusrah or then ISIS.)

Saudi efforts to exacerbate Sunni-Shi'ia differences look to have evaporated. It's ISIS, the Saudi proxies, who murdered hundreds of air force cadets/trainees last June. And then ISIS killed more than a thousand Sunni tribesmen in Anbar for no reason but craziness.

Why send a whole army to Tikrit?

Gen. Suleimani had a competent urban combat crew from Jurf al-Sakhar. That should have been enough to knock out ISIS in Tikrit.

Thing is, on a guess, Suleimani needed to teach his guys what they will need for Mosul. See the pics above… well, that's the lesson. Tikrit is the model for his plan for Mosul. Do the heavy work with artillery. Same time as this operation at Tikrit there are two other fights going: up east of Baiji and north at Tal Afar. We'll see how they go by the end of next week. 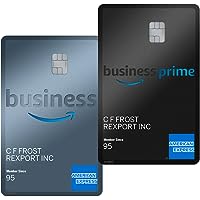