This title is not meant to take away from Black Lives Matter.  In fact, it is meant to do just the opposite.   John Lewis was a man who knew Voting rights and the power of the vote.  John Lewis is no longer with us but the spirit of his convictions should be.

Young people, this is speaking directly to you.  I know what it is like to be young and thinking things would change and others would change it.  I had a lot of living to do and not concerned with the idea of politics.  That was a different time and there were still safeguards and people with some real intellect in power, along with common decency, and a constitution and institutions that was not being shredded before our eyes and with it carried freedom for some but not all.   That time would be the 60’s. That time was a challenge for POC and people who believed in equal rights for all the people and it cannot be turned back to the 50’s just because of apathy and thinking all votes don’t matter.  We have to fight for democracy and it starts with a mindset that you, of voting age matter.  There will be young people voting Trump and you can bet they will show up because they are bullied at home to vote for their God.  We don’t work that way.  Our lives and politics and mindset is always about choice not shaming and bullying.  Those young people who show up for Trump just as their parents have been brainwashed.   You, kids have been informed.  You have seen what has happened in just 4 years.  Make it stop.

John Lewis was young but mature beyond his years preaching to chickens as a child  and following his better angels into pioneering the voting rights act.  He marched and fought  peacefully and bled on the Edmund Pettus bridge making a path for all people to have the right to vote.

Many of you young people have only heard of the time before MLK, John Lewis, Medgar Evers, Robert Kennedy, LBJ, and others.  I remember vividly what times were like and what you young people are facing is as bad if not worse than those times and they were horrific but if you sit this election out, you will not recognize this country or your lives.

Not since the civil war, which I have only read about since I am not 100 plus years old the times were so horrid.   It was brother against brother during the civil war.  It was bloody.  It was as close to losing our democracy as we ever came until now.  We are facing another civil war and basically over the same issues. RACISM,

Slavery, suffrage, and deplorables who wanted to OWN people.

In the 60’s…the 1960’s, I did witness men and women march in the streets with white hoods.  I saw division and riots and News breaking about little girls bombed in churches.  Dogs attacking, water hoses used to suppress people’s freedom to protest peacefully.  I witnessed that.  I saw for Colored only signs, Keep blacks only they were not called blacks, from moving into your neighborhood signs.  I saw people with axe handles, and I mean governors like Lester Maddox passing them out to keep blacks from eating in restaurants.  I saw schools for blacks and schools for whites.  I saw racism up close.

I am from the deep south and it was normalized to see these things.  I heard that blacks were inferior as were women.  I have been discriminated against for my female status.  I did not see women in power.  I did not have legal control over my body.  I saw these things and lynching of gay, or POC was common place.   We have seen ugliness rear it’s head again .  In the 1960’s we came very close to a division like we have now.   Why do you think For what it’s worth, a popular song in that era was played at the Dem convention.

At 18 , I decided to vote for a democratic candidate who made sense to me.  His name was Robert Kennedy and he was shot dead in a cafeteria and I lost interest in voting after that.   I was WRONG.  It took years to get me back into trying to make a difference.   YEARS…. I had time to sit some things out but you don’t.

You can wake up November 4th and see a world you have never witnessed.  You have already witnessed more dark changes than you should have and some of that is because many believed 2016 did not matter.  Do not tune out.  That was a popular saying in the 60’s.  Tune out  and drop out.  We were not being heard BUT marching is what we were doing instead of voting.   We were marching against an unjust war or ignoring it.   We were marching against injustice but most marching did not have the right to vote.   Others marching didn’t bother to GOTV or vote.

You have extraordinary communication devices to make a differene in this era.  Use it.  You do have a voice and a stake in this election.  Those were dire warning received from Clinton, Harris and Obama during this convention, don’t ignore.

The future is up to you young people.   YOU must get involved.   We older folks have lived our lives for the most part, but YOU are the change.  You are the hope for tomorrow.    Don’t blow it.  Do ALL you can to GOTV by phone, by volunteering, by any means, safely for you but Do it.  Your life may only be the same for about 75 days. Would you not do everything in your power if you were told you only had 75 days to live unless you checked a ballot box at a specific place in your town?  Yes, you would find a way to get 10,000 miles away to check a box.   That is exactly how dire this 2020 election is up and down the ballot box.   Get up .  Arise young people and save not only America but your very way of life and possibly your lives period.  There is Climate Change, Racism, children in cages, gun violence and Foreign interference in our country.  There is so much at stake.

In other ways, your life could dramatically change in 75  days if YOU do not vote for Biden and all and up and down the ballot.  Vote Blue.  We will not survive as a nation or even a people with this pandemic and racism if you do not VOTE.  Yes, all votes matter and you have to show up for Biden/Harris 2020.  Your very life depends on it.

If you don’t want to listen to me from experience.  Listen to this guy. 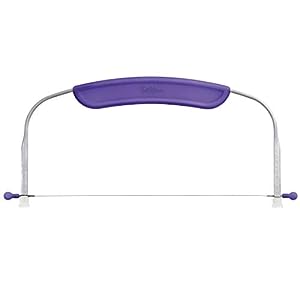