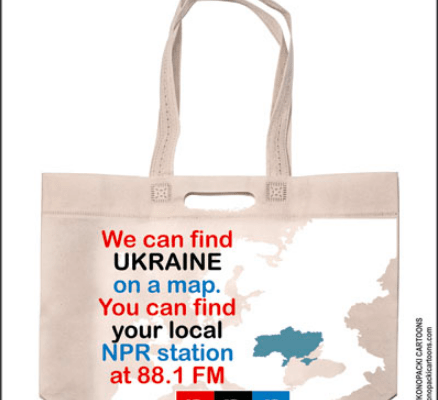 This was shared by a retired public radio host. (I won’t say who, but if she wants to come forward and claim her laurels, all the better.) The graphic itself was created by Gary Huck. (Give him some loves.)

If NPR doesn’t steal this posthaste, they’re crazy. I know I’d get one. Anything that further embarrasses Mike Pompeo and shortens those pledge drives is okay with me.

(51509)
$17.62 (as of May 19, 2022 03:03 GMT -04:00 - More infoProduct prices and availability are accurate as of the date/time indicated and are subject to change. Any price and availability information displayed on [relevant Amazon Site(s), as applicable] at the time of purchase will apply to the purchase of this product.)