Wait. You mean there are actually times when he’s not drunk? I’d think you could pull him over at any given moment and charge him with some form of intoxication.

Jones, who as host of the Austin-based InfoWars conspiracy theory outlet has become a prominent force on the fringe right, was arrested on a class-B misdemeanor DWI charge, according to a spokeswoman for the Travis County sheriff’s department. Jones was booked into the Travis County Jail in Austin at 12:37 AM, and released on bond at 4:11 AM.

An article on the InfoWars website claimed that Jones was “caught up in a Travis Co. DWI dragnet.” In the story, Jones said he had been “drinking a small amount of sake at a Japanese restaurant.”

Jones announced his arrest on a Tuesday episode of his show, claiming that he had blown under the legal limit of 0.08 Blood Alcohol Content. Texas law, however, allows for a driver to be charged with a DWI even if they’re under the limit, if they’re considered to be impaired.

If they’re considered to be impaired? Again, he doesn’t need alcohol for that.

This sounds like a false-flag operation to me. He’s probably just a crisis actor trying to take away our right to drink.

But as long as our frogs remain straight, he’s doing God’s work. 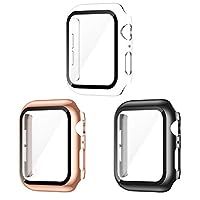