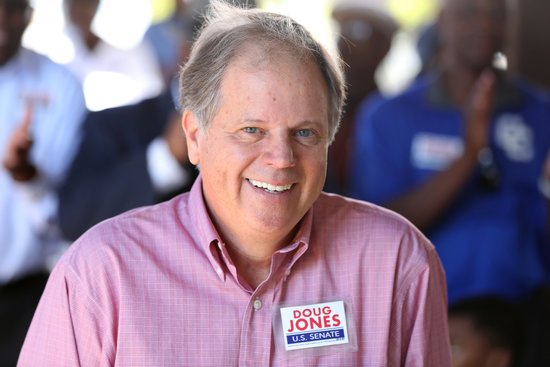 Jeff Sessions recently announced he is challenging Doug Jones for Senate in Alabama.

Split a $3 contribution between Doug Jones and my reelection campaign right away to help defend our Democratic Senate seats and take back the Senate next year.

Doug Jones has spent his entire career advocating for civil rights. He even took on the KKK, successfully prosecuting two former members who were behind the 16th Street Baptist Church bombing in Birmingham.

Jeff Sessions, however, once joked that the Ku Klux Klan was “okay until he learned that they smoked marijuana.”

In the Senate, Doug has shown he’s a man of integrity and character, working tirelessly to ensure more Americans — including those in rural communities — have access to quality health care.

It’s clear that we can’t afford to lose Doug Jones in the Senate — so please:

Split a $3 contribution today and together, we will take back the Senate for Democrats and finally start making progress on the issues we all care about.

(51660)
$17.62 (as of May 22, 2022 05:53 GMT -04:00 - More infoProduct prices and availability are accurate as of the date/time indicated and are subject to change. Any price and availability information displayed on [relevant Amazon Site(s), as applicable] at the time of purchase will apply to the purchase of this product.)