This November, Democrats can flip the Senate by gaining just four more seats, and polls show that Republicans are vulnerable across the country.

President Donald Trump, Senate Majority Leader Mitch McConnell, and their dark money allies are already working overtime to undermine us in Michigan and Alabama, where Democratic Senators Gary Peters and Doug Jones are fighting to defend two of “the 10 Senate seats most likely to flip” this year.

Gary and Doug have been fierce advocates for working families, and are essential allies in the Senate. I'm watching Michigan and Alabama closely, because I know that if we don't win these two races, it could scuttle our hopes of winning back the majority. We have to keep Gary and Doug in the Senate.

Will you rush a donation to help Doug Jones, Gary Peters, and this team defend the victories we've won and build a new Democratic majority? Chip in now to help us reach our $15,000 goal by tomorrow at midnight.

Gary Peters has been a steadfast advocate for the people of Michigan, and a critical ally on the issues that matter to working families. Politico recently called him “the low-key, Harley-riding senator Democrats are leaning on to win the majority,” and he's taking on a Republican who said he supported President Trump “2000%.”

Doug Jones is no stranger to tough fights, having brought to justice the Ku Klux Klan members responsible for the 1963 bombing of Birmingham's 16th Street Baptist Church that killed three young African-American girls. Now he's defending a U.S. Senate seat in a “ruby-red state,” running against not only a Republican endorsed by President Trump, but also against former Attorney General Jeff Sessions.

Neither of these re-election fights will be easy, but they are must wins for Democrats and your support right now can make a big difference.

Will you help me, Doug, and Gary take back the Senate majority? Help our team raise $15,000 by tomorrow's mid-month deadline so we can continue fighting for working families together. 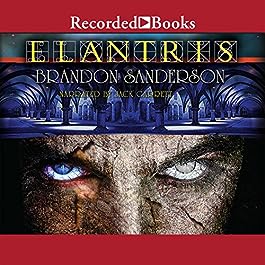