Here’s the latest news today out of Alaska courtesy of PPP’s latest poll:

NEW POLL: 86% of Alaska voters say health is one of the most important issues when deciding who to vote for in the #AKSEN race — this includes 78% of Republican voters and 90% of Independent voters. https://t.co/F79Jr3o2M7 #ProtectOurCare— Protect Our Care (@ProtectOurCare) October 21, 2020

A new Public Policy Polling survey finds that health care is shaping up to be a potentially decisive issue in the Alaska Senate race. A total of 86% of voters say it’s either the most important issue(20%), a very important issue (40%), or a somewhat important issue (26%) when deciding who to vote for in the Senate race –this includes 78% of Republican voters and 90% of independent voters.Voters trust Al Gross over Dan Sullivan on key issues related to healthcare and the Affordable Care Act (ACA) and disagree with key Republican positions on healthcare. 50% of voters say they do not think the ACA should be struck down by the courts, including 62% of independent voters,which is leading to trouble for Dan Sullivan:

●A plurality of 46% of voters say they’re less likely to vote for Sullivan due to his vote to repeal the Affordable Care Act with no replacement, including 56% of independent voters.

Additionally, voters express serious concerns over the consequences of striking down the ACA:

●57% say that eliminating protections stopping insurance companies from denying coverage or raising the costs of care for 135 million Americans with pre-existing conditions is a major concern, including 25% of Republicans and 65% of independents. Just 22% are not concerned.

●56% say they have major concerns about over twenty million Americans completely losing their health insurance coverage if the ACA is struck down, including 23% of Republicans and 62% of independents. Just 28% have no concerns.

All this adds up to a very close Senate race, with Dan Sullivan leading Al Gross by just 3 points, 44-41. It’s important to note that the undecideds for Senate are voting for Trump by 38 points,suggesting Sullivan has room to grow. But concerns over his record on health care are giving him trouble with independents and the party base, and illustrating the importance of the healthcare issue in the race overall.

This is why Dr. Gross has been making his background a big issue in this race:

When Gross started his campaign last year, there wasn’t a global pandemic. He’s argued that he’s positioned to work on national strategies. Before President Trump contracted the coronavirus, Gross called for a more comprehensive response to COVID-19.

“We’ve had absolute failure of leadership on the federal level,” Gross said during a campaign stop in September in Juneau. “We’ve got a worldwide pandemic. Our president and leaders around him are not leading by example. They’re not providing a national plan for battling the problem.”

Gross’s positions on the pandemic are part of a broader focus on health care. The issue section of his campaign site — called “prescriptions” — starts with his stance on health care. He wants to preserve the protections for covering pre-existing conditions, allow individuals and small businesses to buy into Medicare through a public option, and allow Medicare to negotiate lower prices for prescription drugs.

Gross said high health care costs have been a drain on Alaska’s economy.

“Labor costs are extraordinarily high because, of course, our health care costs are the highest in the world here in Alaska,”  he said.

Let’s keep up the momentum to flip Alaska Blue. Click below to donate and get involved with Gross, Galvin and Biden’s campaigns: 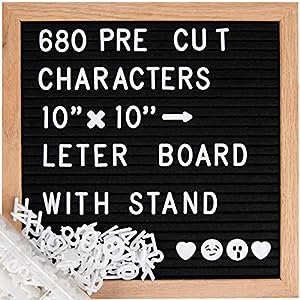