Mother Jones has a great piece about the Alaska U.S. Senate race between incumbent U.S. Senator Dan Sullivan (R. AK) and Dr. Al Gross (I. AK). But there’s a really good part of this piece that explains why Gross is making this race competitive and how his campaign strategy might just pay off:

The key to Gross’ strategy is his campaign’s organizing prowess. Whereas traditional campaigning is centered around volunteers contacting strangers through door knocks, phone banking, and texting, relational organizing leverages volunteers’ existing relationships to conduct outreach to friends and family. Gross’ campaign isn’t the only long shot campaign that’s harnessed relational organizing to put itself in a position to win. But it is proving to be among the election cycle’s most adept practitioners of the technique.

When the coronavirus upended most campaigns’ outreach strategies, Blake Reinken was just coming off nine months of organizing for Pete Buttigieg’s campaign in southeast Iowa. That presidential campaign was an early adopter of relational organizing, and in Iowa, Reinken saw firsthand the power of using conversations between friends and family members to grow support, especially in smaller communities. The strategy helped Buttigieg win the most delegates at the Iowa caucuses, with particular success in the state’s small and rural towns. In June, Reinken moved to Alaska to work as the Gross campaign’s field director, ready to take lessons he learned on the plains to the last frontier. Once there, Reinken, who doesn’t give very relaxed vibes over the phone, implemented a relational strategy with, in his words, “an incredible level of intentionality.”

“When I started our field program here, I wanted to take what what I saw that worked from that program [in Iowa] and mix it with the tools that we see typically in canvassing and traditional phone banking,” Reinken explained. While the campaign isn’t leaving anything to chance, and has kept up those classic forms of outreach, the team is particularly enthusiastic about how it has applied the structure of a traditional canvassing operation to friends and family conversations. Instead of volunteers calling random voters anywhere in the state, they call members of their own communities from lists provided by the campaign. Reinken’s team also gives volunteers a single specific ask to make of their friends every week, whether it be to volunteer their time or request an absentee ballot, because he’s found that follow-through improves with just one request at a time.

Fisherman Doug Rhodes, who lives in the small southeast Alaska city of Craig, said the bear ad smacked of “reality TV crap.” But he said he’s voting for Gross, seeing Gross, who has a fishing background, as better understanding the issues of coastal communities. Rhodes said in 2014 he voted for Sullivan because he wasn’t happy with Begich.
If elected, Gross “has to prove himself, too,” said Rhodes, who considers himself an independent.

Gross has been doing a terrific job educating Alaskans on the coronavirus, helping him connect with the voters. Vox highlights how the pandemic has really hurt Alaska’s economy and how it’s making this race competitive:

While Alaska has largely avoided the massive coronavirus outbreaks seen in other states, thanks in part to its rural landscape and low population density, the pandemic has still kneecapped the state’s economy.

Tourism in the state is way down — there were 13,800 fewer leisure and tourism jobs in the state in June compared to the same month last year — because of travel restrictions and the viral risk involved with travel at the moment. Overall, according to state government statistics, the increase in unemployment from last June has spelled a loss of 37,700 jobs.

The state’s oil and fishing industries also rely heavily on seasonal workers from out of state, which has also brought on a second wave of Covid-19 infections.

“Our fisheries would not function if we did not have non-resident residents coming here to work for the summer,” said Nabors. “In some of these fish processing facilities, people work cheek to jowl, and you could imagine that [the virus] would spread very easily.”

The pandemic has only exacerbated an ongoing health care problem in the state and Gross, a medical doctor, has made the issue central to his campaign against Sullivan, who has voted to repeal the Affordable Care Act on several occasions.

“Issues such as climate change, our crumbling infrastructure, and a lack of access to affordable healthcare are devastating our state and making it harder and harder for Alaskan families,” Gross told Vox in a statement. “Alaskans are being left behind in Washington because of partisan politicians like Dan Sullivan who put the needs of the special interests first.”

Republican U.S. Sen. Dan Sullivan said he will support the nomination of Amy Coney Barrett to the U.S. Supreme Court, calling her an “exceptional jurist.”
Sullivan announced his support Wednesday, as the Republican-led Senate pushes to confirm Barrett in the coming days.
In 2016, Sullivan agreed with fellow Republicans in not advancing then-President Barack Obama’s nomination of Merrick Garland to the Supreme Court, which was made months ahead of that year’s election. At the time, Sullivan said the decision was about principle, noting the country was “in the midst of an important national election.”

Let’s keep up the momentum to flip Alaska Blue. Click below to donate and get involved with Gross, Galvin and Biden’s campaigns: 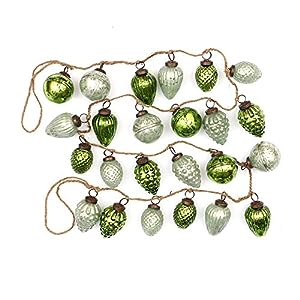