Congressional representatives and senators should NOT be paid during a shutdown. Ever. I don’t care which party is in charge.

Granted, it is unthinkable that this stupidity could ever happen with complete Democratic control. Dems had the most productive legislative session in history when we were in charge. By contrast, Mitch McConnell broke the Senate, ruined the Supreme Court, and now, along with with Paul Ryan and Donald Trump, he somehow can’t even keep the government open. This is the THIRD consecutive shutdown this year, under complete GOP control.

This latest one is the dumbest yet: everyone had come to an agreement, started going home, and then at 4 in the morning, Trump had a tweet-tantrum. He suddenly changed his mind because he was being mocked on Fox News. (Yes, that is really what happened.)

Hundreds of thousands of hard-working families are now not getting paid because they can’t go to work. At the very least, those directly responsible shouldn’t get paid for refusing to work. It is deplorable that the right-wing members of the so-called Freedom Caucus, who are championing this shutdown, get to rail against government employee pay while fiercely protecting their own.

Legislators opposed to the idea of not getting paid cite the 27th Amendment to the Constitution, which stipulates that salaries of elected leaders can’t be changed until after an election. The concept was to prevent unscrupulous members from hiking up their own salaries once they got in office. However, it was never meant to create a special class exempting them from consequences of shutting down the government.

In 2013, Representative Pete Gallego (D-TX) came up with a way around this by introducing a bill that would deem members of the House and Senate as “non-essential employees.” That way, their fate would be tied to that of the over 800,000 federal employees who suffer the most due to their inaction. This change should be the first order of business on January 3rd, 2019, when Nancy Pelosi takes the gavel in the House. Once passed, they should challenge the Senate to take it up.

If McConnell doesn’t, he and other GOP members will have some explaining to do—since they all voted for a bill back in 2011 that would prevent members from getting a paycheck during a shutdown. The bill passed the Senate unanimously—but that was only because they knew the GOP House would never vote on it.

Well … they sure as hell will now.

Next time we have a gov shutdown, Congressional salaries should be furloughed as well.

ItÃ¢Â€Â™s completely unacceptable that members of Congress can force a government shutdown on partisan lines & then have Congressional salaries exempt from that decision.

I will also grant you that many GOP representatives are personally wealthy already, and this won’t have as big of an impact on them as the majority of civil servants who live paycheck to paycheck. Yet, it’s something. It’s some consequence. Even rich people hate leaving money on the table, which is why only a fraction of them offer to donate their salary during a shutdown.

At the very least, it will provide us some satisfaction in cutting off the republican whining about how they “can’t handle” not getting a paycheck because they have a “nice house.” 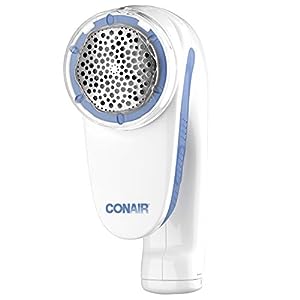