PDA’s highly-selective endorsement reflects the consensus of local grassroots organizers. Only candidates who support a broad and bold progressive agenda are considered.

Sen. Bernie Sanders also endorsed Newman. PDA was the sole national organization to call upon Bernie Sanders to run for president in advance of the 2016 election cycle.

Marie Newman said, “To have the endorsement of the Progressive Democrats of America, as voted upon by membership in IL-3, is truly an honor. I am running with you, and with all of my district to bring change that will better everyone’s every day.”

PDA Executive Director Alan Minsky said, “We are proud to endorse Marie Newman for Congress to represent southwest Chicago, the suburbs, and the entire 3rd District. Unlike the current incumbent, she is a champion for women’s rights and other progressive priorities including Medicare For All, a Green New Deal, good jobs for all, and so much more.”

Minsky added, “PDA is inspired by Marie’s explicit commitment to ‘drive innovation and invest in our people, infrastructure, mass transportation, jobs, training, and growing an ever greener economy’ and to ‘make the southwest part of the city and suburbs more attractive to workers, working families, the middle class, and small businesses.’ This is the forward-thinking initiative and leadership we need in Congress.”

Minsky concluded, “For all of these and many other reasons, PDA has confidence that Marie will be a great Representative for Illinois’ 3rd District. We look forward to her victory and working closely with her to make long overdue progress.”

Progressive Democrats of America was founded in 2004 to transform the Democratic Party and our country. The organization seeks to build a party and government controlled by citizens, not corporate elites—with policies that serve the broad public interest, not just private interests. As a grassroots PAC, PDA operates inside the Democratic Party, and outside in movements for peace and justice.

Progressive Democrats of America is guided by the progressive vision of a renewed nation, fully integrated into the community of nations and peoples, respectful of the rule of law at home and abroad and committed to the universal values of human dignity, justice and respect and stewardship of the planet on which we live. Therefore, Progressive Democrats of America stands in opposition to militarism, corporatism, and economic and military imperialism. 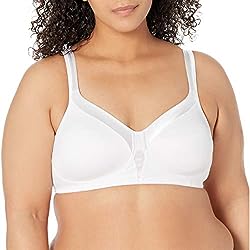